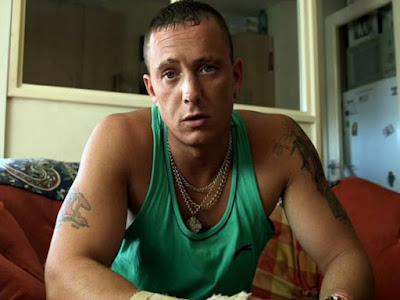 In one fell swoop, BBC controller Kim Shillinglaw flushes any remaining dignity enjoyed by her employer down the waste-pipe.

Few members of a civilised society would derive pleasure from the suffering of the weak unless they were either only an inch away from falling through the gaps themselves and harbouring a lot of fear, or else they were themselves doing well off the backs of such inequality. As the master of ceremonies (played by Gig Young) says of his revolting audience in They Shoot Horses, Don't They?, "They just want misery to make them feel better."

In case we need reminding, it is the government's job to run an economy that provides proper jobs, housing and health for Her Majesty's subjects (for we are still denied the grown-up status of citizens). It is neither moral nor ethical to have their propaganda wing sow even more hatred for Brits laid low by the failings of their own government.

Emboldened by the Tory victory in the general election, all sorts of creeps are crawling out from under their stones and revealing themselves. Not that it should have come as much of a surprise to see Prince Harry, the druggy, womanising second-born to Prince Charles and the sainted Diana, (he who threatened to have his inferiors beheaded when he was at school), demanding that the lost generation of youth on whom the government has given up be compelled to do "national service"; fight and be killed in his granny's army.

The wealthy heaved a sigh of relief when the Tories won. No mansion tax, no extra homes built or protection for hard-working, rent-paying tenants. Instead, Foxtons, the rich persons' estate agency, saw an immediate jump in their stock value of 14 per cent while the buy-to-let sector rolls on like a big tax-sucking juggernaut. Especially ripe for picking under the proposed new Right To Buy rules, is the last remaining sector of semi-public affordable housing now fated to end up in the hands of private landlords via Housing Association residents who've lived there for three years or more.

And yet it is still the poor who have to pick up the bill for bankers' profligacy. To people using food banks as a result of institutional misfeasance, cruelty (hello, IDS), and a bad case of couldn't-give-a-fuck-itis, our rulers are asking, "Do you want relish on that?"

BBC output stormed to the right under Chris "Lord" Patton's reign as chair of the BBC Trust, and the odious former Director-General Mark Thompson. Barely a day passes without the glorification of the armed forces in drama and documentary, or the promotion of demagogues like Nigel Farage and shrink-the-state tycoons such as vulture capitalist Jon Moulton given airtime way beyond that accorded to left-of-centre progressives such as the Greens. Now that we have a Culture Minister in John Whittingdale who is virulently opposed to the entire raison d'être of the TV license that allows the BBC to produce quality without commercial pressure, we can wave bye-bye to the glory days of a benign public service (up to a point!).

I hear that there's more blue-sky thinking at the Beeb concerning an exciting new witch-burning series. A cross between Judge Judy (for it must always be a woman who is seen to do the patriarchy's dirty work and, as they couldn't find Witchfinder General Matthew Hopkins, they're getting Katie Hopkins to front it), Jeremy Kyle and It's A Knockout (the hilarious ducking-stool section of the show), with a star of ISIL regularly on the panel.

Watch this kids — THIS is your future ...