Who Should We Let In? Anna Chen joins Ian Hislop's investigation of immigration hysteria in Britain

Anna Chen discusses Victorian and Edwardian-era Yellow Peril fears with Ian Hislop on Who Should We Let In? Thursday 22nd June, 9pm, BBC2 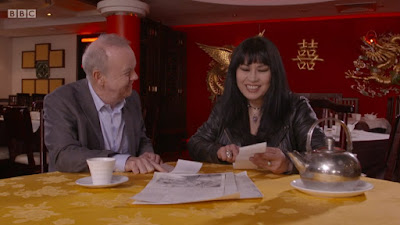 From the sublime to the ridiculous. There was I, having a high old time with Ian Hislop on Who Should We Let In?— the First Great Immigration Row, his grown-up investigation into the origins of immigration hysteria in Old Blighty, when – like a toxic photobomb – up pops a modern embodiment of racism. Yes indeed, poor Katie Hopkins (for it is she), has been projecting her demons with satanic ferocity only to have it dawn that the monster is actually herself.

I'd been talking to Ian about Victorian and Edwardian attitudes towards the Chinese, portrayed in the 1900s as "hordes of fanatical barbarians", and lurid reports of massacres that never happened in early versions of the Fake News which the Daily Mail does so well and so often. Never mind the mid-19th century Opium Wars waged by Britain, which was mass producing industrial tonnages of opium in Bengal and forcing it onto the Chinese population at the point of a gun. Having turned an expensive aristocratic vice into a cheap nationwide addiction, the Brits were able — along with the other European and Asian superpowers — to take advantage of an ailing, decrepit Ching dynasty and bite off great chunks of China. Hence Hong Kong, among other territories ceded to imperialist powers.

A vicious Yellow Peril mania fuelling fear, revulsion and paranoia saturated the Yellow Press. A tiny turn-of-the-century UK Chinese population of 400 was smeared with images of drugs and sex: a bleedin' obvious projection of the vast undifferentiated id belonging to the repressed Victorians. By 1905 Britain had scored its first immigration control in the form of the Aliens Act (aimed at Jews) and, when in 1906, on the promise of jobs, 32 Chinese migrants were allowed in to Liverpool, the press barons were not so much predicting a riot as pouring on the petrol to ensure that riots took place.

"British jobs for British workers," was the rallying cry, something I have heard in my own lifetime applied to UK Chinese not only from the right but also in the British outside left. Trade unionist and co-founder of the Independent Labour Party (ILP) James Sexton may be a hero of the Liverpool labour movement, but he rode this wave of hatred for all it was worth: it has been pointed out that "he won St Anne's ward in 1905 on an overtly anti-Chinese (and anti- Semitic) manifesto." Whether or not the left stick to socialist principles over free movement of labour as well as capital when Brexit presents such get-rich-quick pickings remains to be seen.

In 1906, still others scented blood. With a jaundiced eye on the main chance, American writer Claude Blake migrated to Britain and rang the dinner bell on the tiny group of would-be laundry and shop workers in a sensationalist series of articles, entirely oblivious to the hypocrisy of his own freedom to travel and displace hard-working journos in Ingerland. His most infamous article, "Chinese Vice in England: a view of terrible conditions at close range" in the Sunday Chronicle, described "dark, dirty, evil-smelling streets", "half-caste youngsters" and "sinister offspring". (Well, hell-ooo!) The Chinese were "far less fitted to form an integral part of a civilised white community." These stereotypes linger still — more easily detected in up-front "monsters" like Hopkins but also hanging around the left like a bad smell.

Alarmed by Blake's article, Liverpool City Council investigated, finding only that their Chinese community was in fact "the embodiment of public order". Facts? Facts? Who cares about facts?

Over a century on, nuthin' changes. Hopkins observes, "Two things sell newspapers, Maddy McCann and migration." "It feels so modern, so contemporary," she gushes over Blake's article. Under Ian's steely gaze and queasiness over her use of the word "cockroaches" to describe migrants, she slips and slithers and volunteers some bullshit that it was really migrants' endurance that led to the comparison. She says she admires Blake's language, both of them happy to describe migrant communities as "festering sores". Ian offers "an offence against humanity" as a more accurate definition but this hurtles right over her pink-rinse. Challenged on her "plague of feral humans" — "Are they all feral? Is it actually a 'plague'? Have you met any asylum seekers?" — her pitch and volume rise as she defends the indefensible, descending into Trumpelicious attacks on the PC meeja including Hislop; collectively responsible, she says, for the biglyness of her audience. She reminds me of Caliban, the dark mirror of the human soul, and seems to see herself as a Teller of Titanic Truths who would people "this isle with Calibans" while blaming others for her excesses.

Well done, Ian, for leading Hopkins to some sort of moment of self-enlightenment, even if it did emerge with the feeble glimmer of a 20-watt light bulb. Illuminating, all the same. Hopkin's self-aggrandising movie cliché, "I am the monster but you made me," denies intellectual responsibility or free will, putting her at the heart of a drama whose tragic consequences have nothing to do with commentators like her mangling the facts.

I've tried to be generous with Hopkins, aware that she has a severe epileptic condition that wipes out swathes of brain cells with every episode. However, making her illness an excuse would risk ascribing her malice to everyone sharing her disability rather than merely those sharing her poisonous ideology. But what do I know? Perhaps fear and paranoia around "other" really does come down to a brain disorder with synapses misfiring all over the place and, as ever, innocents caught in the crossfire.

As innocents always are.

More information about the programme here 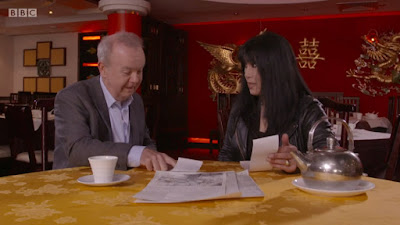 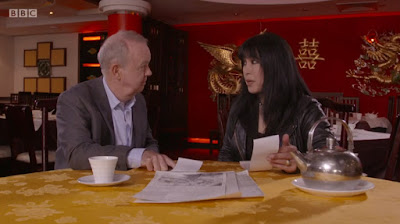 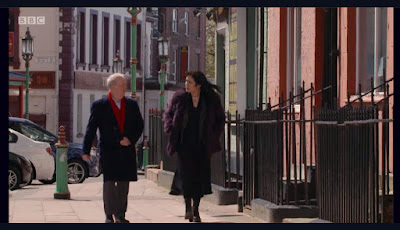