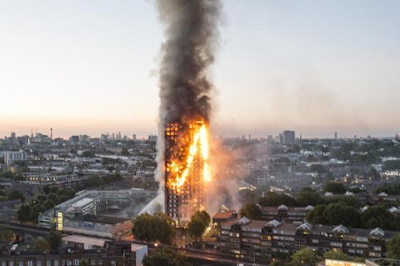 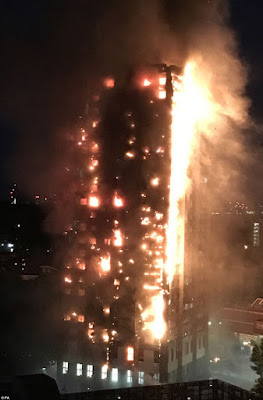 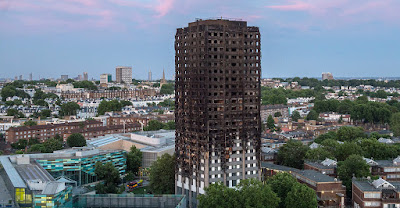 
"14th June 2017", a beautiful poem from someone who was instrumental in filling the void left by local and national government, badly marred by territorial pissing in the final stanza. A conclusion about universal love and empathy rather than a demand for "I am not my brother's keeper" indifference might have been more apt because a denial of others' empathy in a cruel world is surely not the path to follow. We are all pieces of the continent of humankind — Picasso didn't have to be at Guernica in order to paint the horror. Would be vastly improved by losing the last six lines.
Posted by Madam Miaow at 7/12/2017 11:12:00 pm 3 comments: