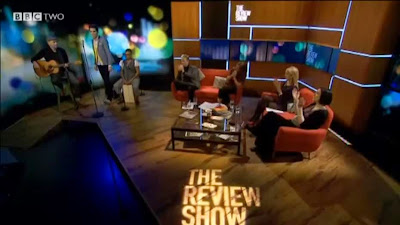 This Sunday sees the last edition of The Review Show, ending a longstanding BBCTV arts strand. Already shunted from its weekly Friday spot on BBC2 to a monthly graveyard shift on BBC4, even that has proven too much for the philistines at the top who have decided to axe it. All those ginormous management salaries in return from destroying our common cultural experience. Well done.

The Review Show was a must-watch for sharp informed cultural debate anchored by Kirsty Walk and her regulars: Germaine Greer, Tom Paulin, Tony Parsons, Paul Morley and Mark Kermode. Alison Pearson may be an unpleasant right-wing idiot but her flaws could be absorbed by her panel peers.

Before that, its forerunner, The Late Review, was a nightly event on BBC2 from 1994, presented by Tracy McCloud.

We used to have Arena, The Old Grey Whistle Test, Top of the Pops (pre-scandal), Melvyn Bragg, and Newsnight Review down from its weekly slot.

Now BBC2's The Culture Show and Later With Jools are the last men standing. Jools Holland is increasingly looking like a fish caught in a tiny pool as the tide goes out.

What happened to regular doses of animation, dance, silent movies, international cinema, movie greats, Play for Today and all the other cultural coverage that was woven into the fabric of the media reflecting our rich and illustrious arts mix? You used to be able to get a solid education in the arts just from watching the BBC. Now it's wall-to-wall Simon Cowellesque copies and business shills.

The BBC promises better arts coverage just as they drop their arts show. I guess there's not enough room for reality shows, soaps and ghastly "talent" contests harking back to They Shoot Horses, Don't They? Make us stupid, why dontcha? Capitalism demands it and the men and women running the media are serving it up with a spoon.
Posted by Madam Miaow at 3/31/2014 02:37:00 pm 2 comments:


Expect a lively discussion on the conflicting state of Chinese artists in Britain as the West recognises there may be vulgar dosh at stake. And mainland Chinese artist Aowen Jin talks about her work looking at Factory Girls, China's One Child Policy and having Boris Johnson open her Sound Fountain in China.

Live music in the studio from Wondermare, practically my resident house band.

Definite Wow! factor in this video of the changing map boundaries of Europe over the last 1,000 years. I quite liked the dramatic Inception music track.

Sad to think that every time there's a lurch in the boundary changes, people died.

Keep an eye on them Golden Horde Mongols! 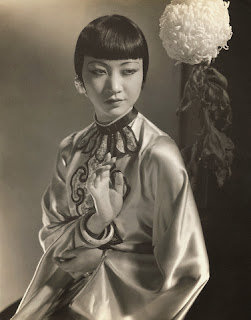 Later today on Madam Miaow's Culture Lounge, Resonance 104.4FM, listen to "The Life and Crimes of Anna May Wong", the story of Hollywood's first Chinese screen legend. 5-6pm. Presented by Anna Chen from her one-woman show, Anna May Wong Must Die!

Listen afterwards here or even better, as it's radio, LIVE via the Resonance FM widget in the right sidebar.
Posted by Madam Miaow at 3/18/2014 03:55:00 am No comments:

We did it! The fabulous launch of the second season of Madam Miaow on Resonance 104.4FM (now named Madam Miaow's Culture Lounge) kicked off with parts 1 and 2 of Charles Shaar Murray's fabulous Guide to the Blues with guitarist and songwriter Stephen Dale Petit adding his expertise and good taste.

You can now hear the entire set of Madam Miaow on Resonance 104.4FM. Or … How to listen to Resonance FM.

Six more programmes in the series coming up, all with my lovely assistant in spangles, latex and leather, Charles Shaar Murray:

22nd April 2014 — WOMEN OF THE BLUES
Guests: Charles Shaar Murray and Stephen Dale Petit. (Also hoping to have either Bex Marshall or Sarah Gillespie depending on availability.)
Posted by Madam Miaow at 3/12/2014 05:09:00 pm No comments:

I'm exactly the sort of woman you lads need come the apocalypse.

This morning I murdered a hedge. Or at least I cut an overgrown privet down to knee level on the understanding that said shrub and cockroaches will be the only organisms to survive the coming cataclysm if Nato and Putin have their way.

This afternoon I repaired the cane seat of the Marcus Breuer chair through which I fall every time I wish to do any work. It's been driving me crazy so I sent away for the bits, watched a How To video on You Tube, et voila. My lovely stylish yet comfortable chair restored to former glory and ready for the Chen butt.

Next week on Madam Miaow, how to skin a goat with your teeth. 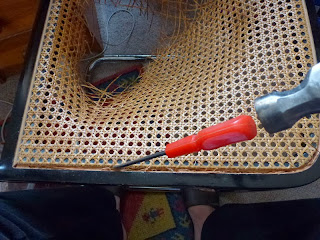 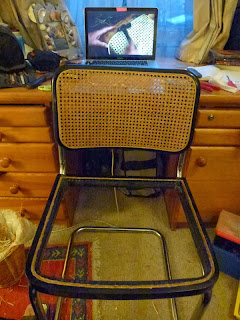 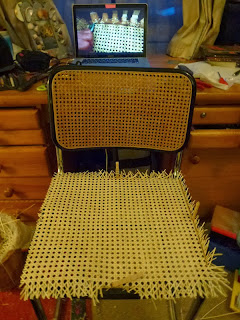 Soak your cane webbing for 20 minutes and then line it up. 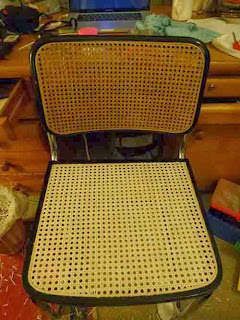 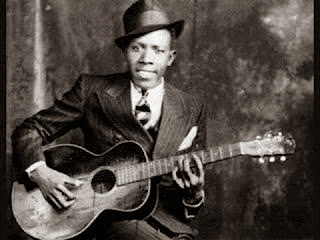 I'm back with a bang! To be precise, a new eight-week radio series of Madam Miaow's Culture Lounge on Resonance 104.4FM on Tuesdays 5-6pm starting this week, 4th March.

To kick off, Charles Shaar Murray gives us his Guide to the Blues, Parts 1 and 2, Ancient and Modern: the 1920s to the early 1960s when the Blues was almost entirely African-American, and the mid-1960s to the present when the white kids got it and joined in (Part 2 follows on Tuesday 11th March).

With guest Stephen Dale Petit. There will be a listen-again opportunity to hear it after broadcast on Soundcloud which I'll post here.