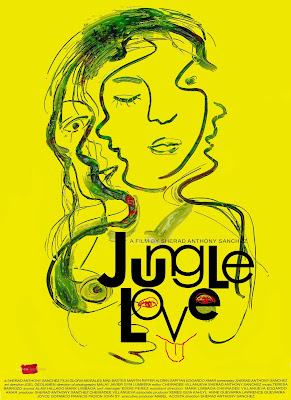 How sadly ironic that the Thurrock International Celebration of Film (TIC) festival — starting tomorrow at the Thamesside Theatre in Grays, Essex — has just seen two Asian films axed from the programme by the council in a risible exercise in censorship.

The organisers, who have worked hard to provide solid, diverse cultural input for local audiences, are now seeing their efforts decimated (yes, it IS around one in ten!) at the last minute by the philistine tendency, the very people who'd probably have most to gain by watching these challenging movies. TIC's own description of its event reads:


TIC Film is the global magic lantern that draws inspiration from the incredibly rich and international history of the docks in Thurrock.
Through film, the most powerful and eloquent heights of human imagination are created and infinite landscapes of the mind communicated.
TIC Film is a festival where audiences come to discover unexpected visions and contra-transitions of filmmakers from all over the world.


That's a laudable objective worth pursuing for this largely mono-cultural corner of Essex. Sadly, due to the council's disappointing response to the cinematic examination of sex in repressive societies, there will be a little less inspiration and fewer eloquent heights of imagination or unexpected visions here in the stodgy finite landscape of the council's making. As with everything else at the moment, if only we had proper grown-ups in charge.


Thurrock Council have banned the films JUNGLE LOVE (Philippines, 2012) and SHADOWS OF FIENDISH ANCESTRESS AND OCCASIONALLY PARAJANOV ON DURIAN CIALIS (LESSER #9) (Singapore, 2017) from being screened at the TIC Film Festival (6-9 Sep 2018) at Thameside Theatre, Grays, Thurrock, because “an initial assessment suggests both films would be rated R18” and therefore “can only be shown in licensed sex premises”. The decision has outraged the East Asian communities.

In both films, sexuality does indeed play a central role, but the BBFC [British Board of Film Classification] explanatory notes state that the 18R rating is normally intended for works whose primary purpose is sexual arousal or stimulation of the viewer. These two films do anything but – and moreover, a rating of suitable only for 18 years and over was already in place in order to make sure that only adults would be able to see these films.

Both films are banned in their countries of origin; JUNGLE LOVE in the Philippines and SHADOWS in Singapore. But both films have been screened at other film festivals around the world. One reviewer summed up that “JUNGLE LOVE accomplishes the nearly impossible task of turning what could be a lewd and perverted showcase into a mirror of our innate desire to venture into the unknown, to abandon the clutches of good taste, and to get lost in the limitless jungle where men are but beasts among other beasts.”

The TIC Film Festival organising team have decided to use the free time created by Thurrock’s decision to ban these two films for an extended public discussion of censorship – not only in Southeast Asia as was originally intended, but in Britain as well.

We have invited members of the Council to take part in this decision and explain their decision.