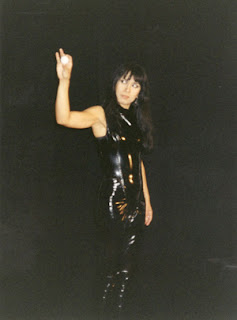 “Charming, witty and sophisticated … I am entranced, won over.” The Sunday Times

It caused a stir, gaining an armload of positive press and, according to Mu Lan producer William Butler Sloss, was Mu Lan Theatre's highest earner. It was followed by television appearances including Stewart Lee's Fist of Fun on BBC2 the following year.


"At least the boys had Bruce Lee. There they were, kung fu fighting to Carl Douglas. Who did I have? Madam Mao and Imelda Marcos. I never knew whether to steal a handbag or start a revolution." Suzy Wrong — Human Cannon

Anna Chen’s one woman show for the theatre charts the rise and rise of east Asian women and the funny, lewd and sometimes brutal depiction of them. Taking a shotgun and a scalpel to the stereotypes — from tantric sex emperors to Wing Chun, the triumphant heroine of martial arts — Chen portrays a diverse cast of engaging characters from historical fact and fiction, and demonstrates how to epater le bourgeoisie with style, wit and a genuine sense of purpose. At times poignant, witty and stupendously theatrical, this groundbreaking show reverses the lure of Eastern promise as represented by the amazing, gravity-defying ping pong ball act — and shows how to transform your body from a soft target into a lethal weapon.

Suzy Wrong premiered at the Croydon Warehouse in August 1994, and played to sell-out audiences at the Pleasance Theatre in the Edinburgh Fringe Festival. A national tour included the Manchester Year of Drama at The Green Room (17-18 November 1994), the Bath Fringe Festival at the Rondo Theatre, and Swansea UK City of Literature and Writing in 1995 where Anna played at the Ty Llen Theatre's Autumn Moon Festival (16th September 1995) alongside writers Maxine Hong Kingston and Evelyn Lau, dissident poets Bei Dao and Yang Lian, masterchef Deh-ta Hsiung, and actor David Yip.

“It’s the stuff of brilliant satire … riveting.” The List 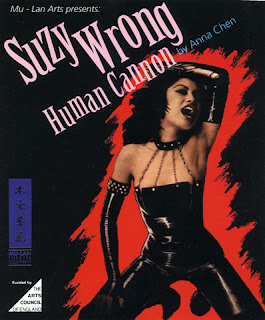 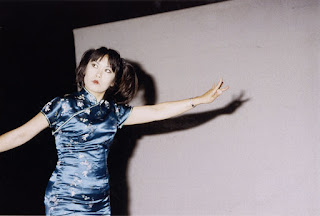 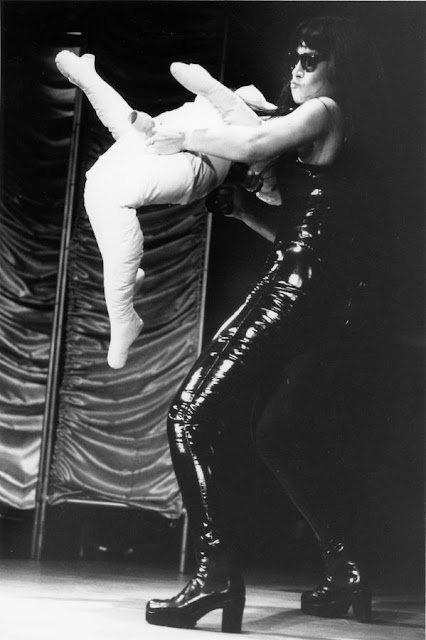 Pic: Suzy with her Uzi. Suzy Wrong Human Cannon, Edinburgh Fringe Festival. "Then, in an amazing coup de theatre, Suzy whips out an inflatable sex-doll and machine-guns the audience with ping-pong balls which shoot out of the nether regions of the doll with formidable muzzle velocity." Jeremy Hodges, Sunday Times


I stand here in the night with my heart open, willing the spirit of Wing Chun to find me and, like a great mother in the sky, fly down and take me in her arms, filling me her love, her vision.

At the times when I have neared the point of extinction, the point where I thought I would fall off the edge of the world and into the darkest oblivion, I have prayed with every atom of my being that somewhere out there, the energy that manifested through Ng Mui, Wing Chun, Bruce Lee, a few others, would fill me too and give me the power to build a better way to be.

Because in a modern world of shadows, illusion, of masks talking to masks, how can I, the invisible woman, expect to be seen?

Inside and out the Global Village fragments into countless tribal battlefields. I try to pick my way to safety but all I get are the ghosts of dead comrades filtering up from the dark of the past whose voices I cannot hear and whose lips I cannot read.

Out on the front line I am not kith, nor am I kin. How can I expect kindness from those whose kind I am not when my difference is on display for all to see? Without the links of blood who can look at me and see their own brilliant, burning reflection looking back? Their spiritual twin?

I could cut away my jagged edges and slip this multi-faceted peg into the first available round hole.

If it makes you feel comfortable.

Do I have to be Yoko Ono, wise and wily older woman guiding the white boy through his life's journey?

Or evil daughter of Fu Manchu making the white boy pay for all that excitement with his own death? Miss Thanatos incarnate.

Or the far east hooker, available to any fat, bald, white western male with the price of an airline ticket? Too downmarket for you? Maybe a rich man's plaything with an intriguing line in exotic bedroom skills.

Perhaps there's a speccy computer geek out there somewhere you'd like to take home to tea.

Clean your home? I wouldn't let me loose with an iron if I were you.

These are your inventions. Slices of the human psyche pegged out to dry in the sun. Your images which you project like an old Charlie Chan movie onto the pristine canvas of my soul, my being, who I am ... waiting ... here ... to be seen.

I am all of them and I am none of them — the divine spark of endless permutations and possibilities. I am not exotic, belonging no-where. I am everywhere. Look deep because you may even find I am inside you.