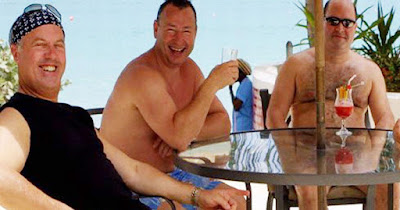 It is ten years since the bankers' crash went full blown and what have we done? Austerity, Macjobs, disabled payments cuts, a spiteful bedroom tax costing more to administer than is collected, tax cuts for the better off, women losing seven years of state pension after a lifetime of inequality, students leaving university with crippling debt the size of a mortgage, social cleansing in London through unaffordable "affordable" property prices and demolition of their communities, life expectancy slammed into reverse in the North, hate crimes on the up, the lowest interest rates for 5,000 years, quantitive easing (QE) diluting the value of our money. And the culmination of all that injustice and greed: the Grenfell Tower fire.

The Tories and their media mouthpieces tried to persuade us that Labour caused the crisis even though UK economic growth stood at two or three per cent at the time of the 2010 general election; oh for that rate today. In 2010 the Tories were elected on a raft of lies and a narrative as dissembling as the £350 billion NHS Brexit pledge emblazoned across the Leave battle-bus. Mind you, Labour allowed the Tory narrative to set like concrete, allowing incoming Chancellor George Osborne to use the crash to impose austerity, which is basically the transfer of wealth from the poorest to the richest.

Once in power, Prime Minister David Cameron came on like a Tony Blair mini-me and had a war with Libya in 2011, further destabilising the world. Cameron promised a bonfire of regulations to "kill off the health and safety culture for good". He also gave us the EU referendum, not because there was any widespread demand for it, but in order to quell right-wing rebellion in his own Tory ranks. Some 52% of the vote — 37% of the total electorate, a quarter of the UK population — voted to "Take back control" and promptly handed us over to global warming oil guzzlers and chlorinated chicken merchants. And his actions may very well end up bankrupting the country should the Brexit trajectory be carried through.

Here's a poem I wrote about the crash in 2008. The shock for me is that we are re-entering the same territory with a mountain of debt and market manipulation.

Watch him splat upon the pavement
A human pizza pie
Coz that's where I'll be living
Until the day I die. 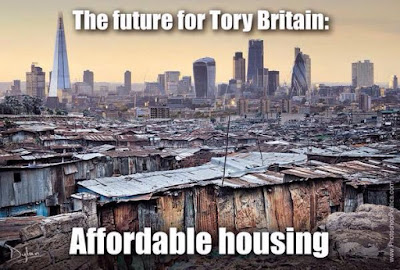