How's it hanging in Brexitland? Politicians fiddle while Brits stare catastrophe in the face 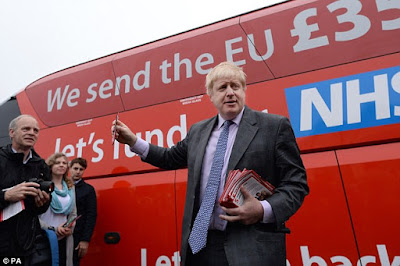 With mere weeks to go before Britain crashes deal-less out of the European Union, where are we now?

Britain is leaving the EU just as Japan's ground-breaking trade pact with the EU kicks in, making those combined forces the world's largest trading body and one in which we still (for a nanosecond or two) have a major say.

The rest of the world's trade is blowing up under US tariffs, trade wars and imminent hot wars, while the WTO, which is supposed to be our life-raft after Brexit, has been marked for death by Trump.

Theresa May's principle-free efforts to push through Brexit at all costs are so unpopular that there were suggestions she might even have to call upon the Queen to overrule Parliament and force it through by royal decree ... until 25 Labour rebels helped her out by abstaining or voting against Yvette Cooper's attempt to extend Article 50. If the Queen had done so, it would have been the first use of the royal prerogative of prorogation (shutting down Parliament) in 300 years.

Someone's taking back control, but it isn't us.

Meanwhile, facial recognition technology is forced on UK citizens in expectation of riots on a No Deal Brexit, with one guy in Romford fined on the spot £90 for not complying. Cold War plans are being revived to evacuate the Queen and the royals to "safety" and away from the civil unrest (in other words, legitimate protest) that the rest of us will be coping with.

Goodbye NHS, already eyed up by Farage et al for privatisation, the 80 per cent of our fresh food that comes from Europe, libraries, anything that gave some bare bones to the nation's infrastructure for working class people.  It was already being clawed back. Brexit accelerates the process.

Perhaps Jeremy Corbyn's Brexit-supporting coterie is co-operating with the Tories because they hope that in the ensuing chaos, they will win power. Triggering Article 50 and then doing the bare minimum in the Remain campaign to the extent that swathes of the population have no idea where Labour stands on Brexit, against a legally questionable Leave campaign, may have seemed like a good idea to Lexiteers stuck in the 1970s. However, I have news for them: this is the right's revolution. Not the left's.

Despite John McDonnell's touching faith that Labour MPs will never accept Theresa May's bribes, there are some like John Mann ("Show me the money!") willing to take the Tory shilling when much of the problem was created by Tory austerity in the first place. I am even more doubtful about good faith on offer after Corbyn took no disciplinary action against the 25 pro-Brexit Labour MPs — including 8 front-benchers — who refrained from voting or voted against Yvette Cooper's attempt to extend Article 50, a chance for a second referendum. As every good tailor knows, you have to measure twice and cut once to make sure. So what gives?

How will Labour play the post-Brexit unrest when the state rolls out its repression? Will Corbyn weep for the youth protesting against the very measures he helped usher in? If he gets voted in, he'll be the one wielding the power of the state. The squirmy squaring of that contradiction will be fascinating to watch. 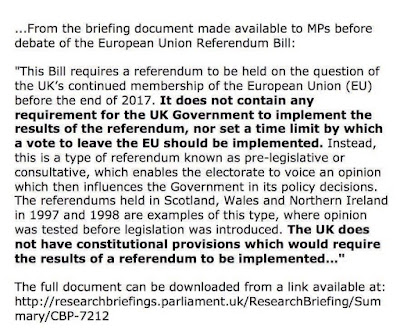 The three-quarters of the population who did NOT vote for the permanent Brexit change to the constitution in the ADVISORY referendum, including the youth generation who weren't allowed to vote in 2016, have had their future ripped from them by charlatans who have already moved their money offshore, and applied for French/Irish/other European passports for themselves and their children. At least the wealthy will avoid the EU tax avoidance laws and get to buy up UK assets at firesale prices. After all, it's an ill wind that blows nobody any good.


Rees-Mogg in line for a huge personal windfall when Britain exits the single market. His firm Somerset Capital has 9.6 billion dollars under management according to its website. Banking on Brexit! https://t.co/ZyjxahRBXy via @LondonEconomic
— Gina Miller (@thatginamiller) February 8, 2018