Austerity, economics and a sense of proportion ... 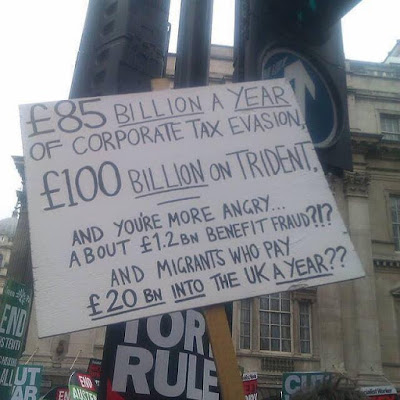 ... instead we get lies, damned lies and government spin. A simple placard tells us what the forces of ehvul and their media wing don't want us to know.
Posted by Madam Miaow at 6/25/2015 10:48:00 am No comments: 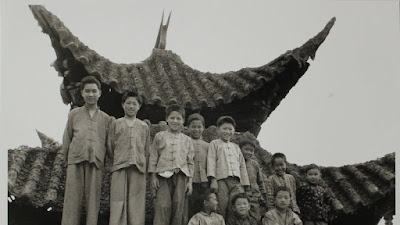 Peter Foo writes in his Change.org petition, addressed to Home Office Minister Theresa May, seeking justice for men who risked their lives for this country and Allied interests in World War Two:

We are seeking an acknowledgement and apology from the Home Office for the 1946 Forced Repatriation of thousands of Chinese Seamen based in Liverpool on behalf of their families, wives, children and grandchildren.

On behalf of all of the children, I have started this petition because my father disappeared in 1946 and this event has had a bad reflection on my life.

It is reasonably well known and well documented that thousands of Chinese seamen made up the numbers to crew the British merchant ships during the Second World War, the majority manning cargo ships on the renowned North Atlantic run. They all played a part in the allied forces victory.

It was brought to light and made available to the general public in 2002 that in July 1946 the police under the supervision of UK government agents indiscriminately rounded up thousands of these Chinese seamen and forcibly deported them from the UK to the Far East.

Due to civil conflict between the Communists and the Republicans the coastal areas of main land China being inaccessible the majority of these seamen were not repatriated but were put ashore in foreign countries thousands of miles from their homes.

The families of these seamen were totally ignorant of these events thinking that the men were killed at sea or they had been deserted and left abandoned with no form of income.

A number of the Liverpool Chinese seamen forcibly deported over a period of two days, were married to Liverpool women or were in relationships with British women and were fathers to young children.

These ‘children’ are now in their late sixties - early seventies and have realised that their lives have been affected by the emotional upset of finding out that their fathers who had disappeared had probably been forcibly repatriated. Some of the women affected have found out in the last three years that they had been adopted and this has caused much upset to them and their children and grandchildren.

On the 18th October 1945 representatives of the British government along with the Chief Constable of Liverpool, Herbert Winstanley and the Liverpool Immigration Inspector, Ted Holmes attended a meeting chaired by a Home Office civil servant, Carew Robinson representing the Ministry of War Transport to organise the expulsion of 2000 ‘undesirable’ Chinese seamen. A decision was made that the women who were in relationships with Chinese seamen were prostitutes.

The consequence of this historic illegal deportation created a detrimental effect on the lives of innocent British citizens and has arguably had tragic and psychological life changing implications including financial difficulties and cannot be measured in any shape or form.