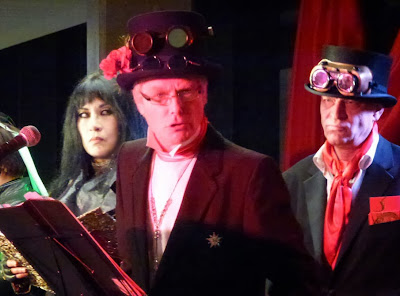 “Invigorating, engrossing, witty, passionate and righteous – they should put Anna Chen’s The Steampunk Opium Wars on the school history curriculum.” Ben Chu of the Independent ”

… a novelty in politically charged entertainment, defies easy analysis. ... not so much political entertainment as politicising entertainment. … You can’t really ask for more.” Ben Chacko in the Morning Star

Britain's craving for chinoiserie in the 18th and 19th centuries resulted in a trade imbalance that threatened to empty the treasury. To pay for the tea, silks, spices and porcelain we liked so much, the East India Company forced enormous quantities of cheap, mass-produced Bengal-grown opium on China at gunpoint, turning an aristocratic vice into a nationwide addiction.

The profits from the opium trade made fortunes, earned revenues for the British government, paid for the administration of the Empire in India and even financed a large slice of Royal Navy costs. When the Chinese tried to halt the import of the drug, the narco-capitalists persuaded Foreign Secretary Palmerston and Lord Melbourne's government to go to war in 1839. The first military conflict, lasting a bloody three years, resulted in the coerced Treaty of Nanking and the transfer of territory including Hong Kong to British rule.

In The Steampunk Opium Wars, poet Anna Chen brings you a satirical extravaganza about China, Britain, imperialism and drugs in the 19th century in verse & music. See narco-capitalists & Chinese lawmakers slug it out, take part in a poetry slam, and watch the weirdest tea ceremony ever. 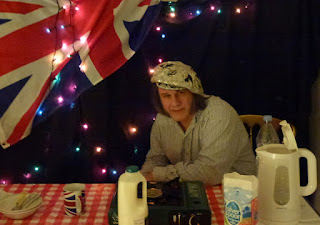 What do the humble cup of tea and the opium poppy have in common?

A dastardly tale of imperialism, drugs and warfare, the story of this dark episode in British history is told in The Steampunk Opium Wars, revue written and hosted by Anna Chen inside the belly of the beast, the heart of Empire, the Royal National Maritime Museum in Greenwich.

Government narco-capitalists and Chinese law-enforcers slug it out in verse, and members of the audience have the chance to write and take part in a Farrago Poetry History Slam. 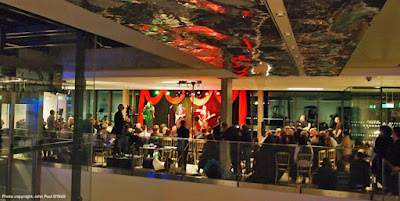 The Steampunk Opium Wars at the Royal National Maritime Museum 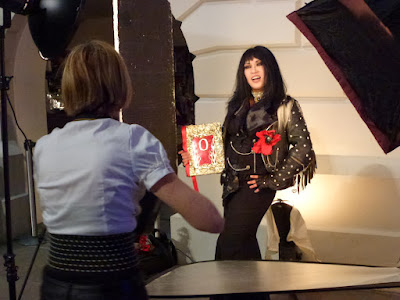 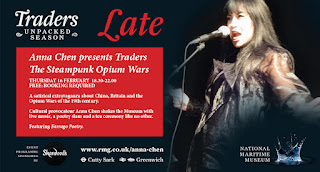 This stuff is still going on:
Drugs money saved banks in global crisis in 2007.
Banks and drugs in the modern world.
Niall Ferguson and Civilisation