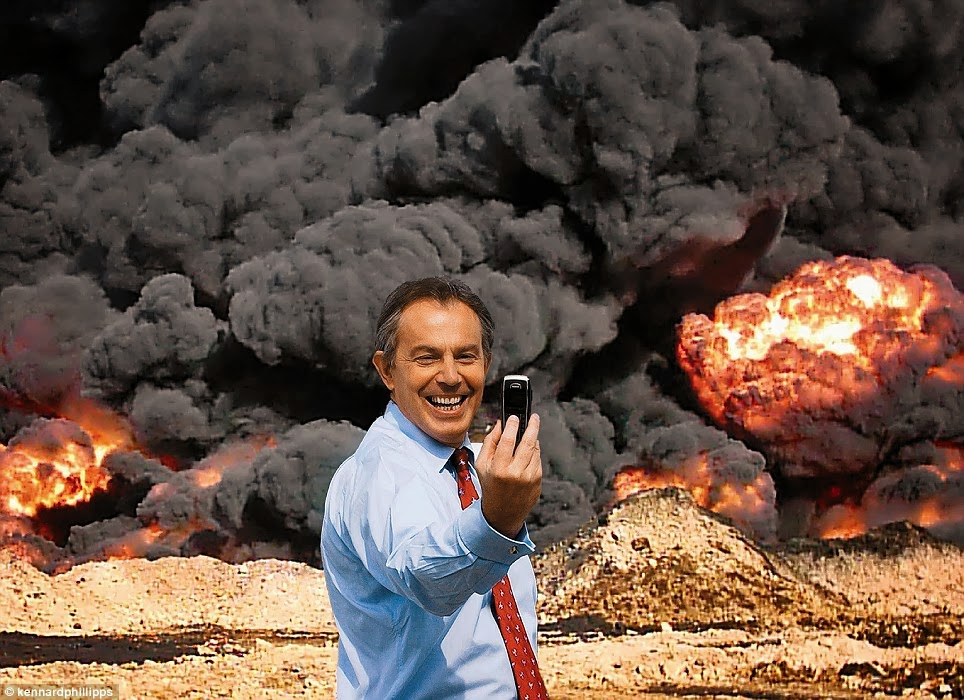 When I started to write this poem, I had in mind the startling image of a sleek well-oiled Philip Gould stepping out of a sliver limousine to attend a £600-a-head Labour dinner at the Grosvenor Hotel in Park Lane which was being picketed by us, the Socialist Alliance in its heyday.

If it is the remit of the artist to comfort the afflicted and afflict the comfortable, Gould got my impulse to do the latter cooking up a storm.

That was the original image that began this poem, along with a light-hearted thread on Facebook about whether there were any new rhymes for the word 'orange'. Along with 'silver' and 'month' (thanks, Ian S), I recognised this as a hard one ever since I watched Witchypoo sing 'Oranges, Poranges' in 'H.R. Puff'n'stuff' in the 1970s.

As it should, the poem took on a life of its own as I set out to write it. Images of other oleaginous politicians corrupted by their vanity — or their vanity expressing the inner rot — crept in. I'm sure they'll occur to you too as you read Orange Tone.

Oops, nearly forgot to thank Greg B and Ian W for 'sporange'. Heh!

if no longer home for orangutans
Felled instead for rich men's dens
Men blasted red under UV rays
Glow in the dark, pulsate in the haze
Like zits preparing to pop

Like rotten tomatoes straining to drop
Their sporange burns orange, their blood turns to glop
It would be a fair cop if they weren't very tanned
Leather hides hiding how bland they am
Blancmange with a scab on the top

Unhinged by the heat, derailed in the raw,
Carapace of lies the colour of gore
No, that's not it,
The colour of shit when you've nibbled a week-old prawn
Caught at the arse of a waste pipe at dawn
'Let's diarise'
I like that hue
Not too, too ... ecru?
Remember, contender
It's 'tall, dark and handsome',
Not 'beige, bleached and winsome'

Winsome Losesome
Ditched his pallor for crimson
Flashed a smile that was toothsome
Exponentialised his income.
Travelled the dark zone
Split schizoid twosome
Nicotinised flotsam and jetsam
Oh farce in the mirror,
Who wouldn't want some?
His outsides were wholesome
His secrets were gruesome

What are you hiding apart from your skin
Is there some sort of sin going on you should bin?
How could you sweeten this little hand
Shoved in a blender with marzipan?
That red, that blood, it's not even yours
Extracted from virgins to tighten your pores,
Tighten your wallet exploding with wad
And now you've found god
Have you fallen in love with your maker?
Bully for you, Orange Tone, you foul faker.

You will now need to do one on Blair, he looks like a rotten tomato now, must be all that time in the middle East protecting his income.

Your poem could be about John Boehner, the current Speaker of the House in the U.S. Congress.