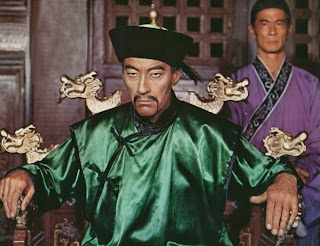 That comatose science fiction writer and his dystopian fever dream I keep writing about has been stirring of late. Giant solar flares and supermoons exert malign invisible forces. Planet Earth splits apart and shifts its axis. Middle Eastern tyrants cling on to power while the West short-circuits itself into a state of paralysis: to act or not to act? All that oil would come in handy now that nuclear is screwed and we await the outcome of Fukushima. But how do we justify armed intervention in Libya's civil war while turning a blind eye to Saudi Arabia sending troops into Bahrain? Oh and Niall Ferguson continues his long march back to Empire on Sunday night TV, gland in hand, enlightenment values in retreat.

Monday's Westminster Skeptics debate turned its attention to the media that brings us the news and shapes our views about such events. Just how bad is the mainstream media? asked our host, David Allen Green, judge in this year's Orwell Prize for blogging.

Bumped at the last minute into going on first, I opened with my personal experience. I had wanted to talk about the shameful way the media had allowed the Tories free reign to rewrite history and blame the deficit on Labour (only partly true), as bankers and global recessions were forgotten, leaving us with perhaps the biggest class fight our lifetime. Expecting others closer to the student fightback to take this up in their contributions, I pursued another line that disturbs me: the hypocrisy of the media when it comes to free speech, and growing sinophobia. Niall Ferguson may have featured.

I am a Chinese dissident. In late 2009, I found myself banned in the media for arguing a line oppositional to the state’s agenda. The state happened to be the UK under Labour, the media was the Guardian, and the isssue was climate change as thrashed out at the Copenhagen summit. (More here and here.)

Banned by both the Guardian Comment is Free (har!) and the Great Firewall of China, I was once mightily pissed off but am now beginning to understand what a great position this is to be in. Skint and with my skills underexploited, at least I don't have to toe no steenkin' party or editorial line, or court an audience. My mind is free (as far as false consciousness under capitalism will allow, comrade), and my opinions are my own.

I gave further examples of the Yellow Peril fears that stalk academia nuts and the media, not just the blatant China-bashing diversion away from the Danish treaty stitch-up by the rich nations, or Niall Ferguson suggesting the Chinese were responsible for the opium wars, but the sniggering fit on Twitter from one Guardian editor who thought the photo of Morrissey having a cat on his head was the most remarkable thing about a prominently plugged article in which he said the Chinese were a subspecies. And that Sherlock episode.

The point I was trying to make was that the liberal media are slipping in all kinds of poison, whereas we sort-of-know what the tabloids get up to, as Richard Peppiatt would tell us most entertainingly.

After a long enough time of being compelled to act like a champion prick on the Daily Star, with no regard for the truth or harmonious race relations, Peppiatt finally bit the hand that had fed him and wrote this resignation letter to proprietor Richard Desmond, copying in the Guardian.

Funny and self-deprecating, Peppiatt deserved a somewhat warmer welcome than he got from Laurie Penny, who tore him off a strip for his past behaviour. While collusion with PRs who service the slebs is pretty nauseating, he had, after all, added to the gaiety of the nation by getting up Richard Desmond's nose, and provided some parties with the opportunity to pressure the PCC to investigate claims of Islamophobia. Better late than never.

There followed contributions about the truly awful state of phone hacking by the press, mention of Chomsky from Suzanne, and tales of careers tainted by fancy canapés, the dangers of being recognised as a famous person, and how anything more than a basic living wage is spoiling journalists.

So what are the aims of the media in these interesting times? In the second half, when the discussion was opened to the floor, I said I thought they were supposed to hold power to account, comfort the afflicted and afflict the comfortable. I quoted my friend Dan Hind, who'd noted that the US government had said, 'communications is not just a business ... the mass media transmit and help establish the country's shared values.' Dan also wrote, 'The broadcast & print media have amply shown that when they are faced with determined and powerful lobby groups. they cannot provide the bulk of the population with a tolerably accurate account of the world.'

So what do we have instead? In my notes, I wrote 'STIR-FREUD CHINESE PENIS' because it appears that dark unconscious compulsions are at work. It does look as if the liberal media is terrified of the Chinese male penis. Maybe even the Chinese female penis, coz we are evidently built differently.

When a top British intellectual can call for Westerners to 'Lock up your daughters' because testosterone-maddened Chinese are headed this way and no-one thinks this even worthy of comment, then we have already hit the skids and have no rubber left to burn.

Not that what I thought mattered a toss. No-one on the panel or in the audience or anyone who commented in the blogs or on Twitter picked up the fact that one of their own had been banned in the very mainstream media which was under discussion. So I shall consider hiring myself out as a Ninja pundit in future.

And fuck the mainstream media.

Apart from BBC Radio 4 which is lovely and has commissioned two more programmes from me.

Great post only sorry that I could not be there. Whatever happens, whether you like it, want it you have become one if the voices if note for The British-Chinese community, putting us to shame (I include myself). Go Anna looking forward to your next broadcast

Chinese sausage? and Buffet only 3 quid? Sorry I missed it. Richard's resignation letter read like a speech from V for Vendetta. I remember that "Muslim only Loo's" story. Was anyone filming?

I thought you gave a really interesting talk Anna especially around the blatant racism towards the Chinese (and from your own personal experiences) who are rendered invisible by these experiences. And that your talk is based on experience, knowledge and struggle. That says a lot.

Peppiatt was interesting with his Daily Star vignettes and why he did what he did.

I too look forward to your Radio 4 programmes :)

Btw that room in the pub had awful acoustics and lighting...not great for taking pictures.

Worrying about Chinese male lust is, I suppose, a step away from the old stereotype of Chinese males as emasculated and/or sexless. But being assigned a stereotype previously applied to black males hardly counts as much of an improvement.