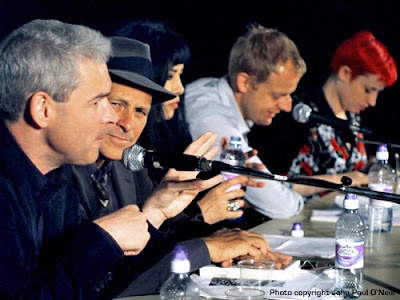 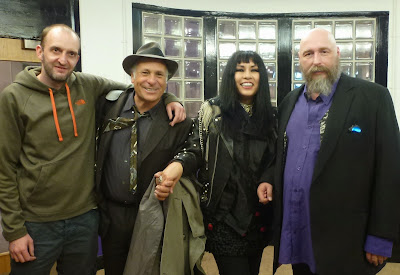 Greg Palast told a rapt audience of 300 at last night's UK launch of Vultures' Picnic:
- How the Vultures are currently trying to raise over $500 million to buy the White House for the Republican hopeful Mitt Romney. Palast points out 'with these Vultures Obama has a fight on his hands to prevent them picking the bones dry of the democratic process'.
- Palast dug into the billionaires, the debt-exploiters, who are the chief funders of the Mitt Romney's Presidential campaign: people like Paul “The Vulture” Singer and his Vulture colleague known as “Goldfinger.”
- A panel chaired by writer and poet Anna Chen included writer Warren Ellis, journalist Laurie Penny, John Hilary from War On Want and Nick Dearden from the Jubilee Debt Campaign alongside Palast. Chen asked, 'In this unseen brinkmanship battle between the hedge funds and the banks, are we supposed to support the banks against the Vultures...and who is going to win'? Palast replied that this battle of the titans was like "war between the Bloods and the Crips" and sees a protracted war to the death.
- Palast continued, 'These Vultures just don't care about the system that made them billionaires. The Vultures are prepared to go right to the brink of economic collapse and wreck governments, like Greece, or the system itself. The stakes are very high, as it's ultimately between financiers to run the World and where elected politicians are marginalized; where the desire of vultures is to make politicians extinct'.
- Anna Chen observed that "Capitalism isn't dead, it just smells funny. Capitalism is mutating: it's going places, it's just not taking us with it."
- The panel were positive. Journalist Laurie Penny said 'I am, even though there has been a sustained attack on investigative journalism, very hopeful that bloggers and citizen journalists of all ages will challenge and watch every move of these so-called Vultures'. 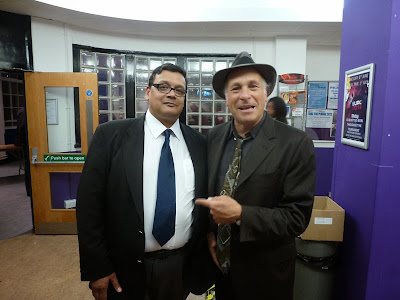 I saw someone filming this event — can we expect the whole thing to end up on YouTube? I'm thinking of those mugs that missed out.