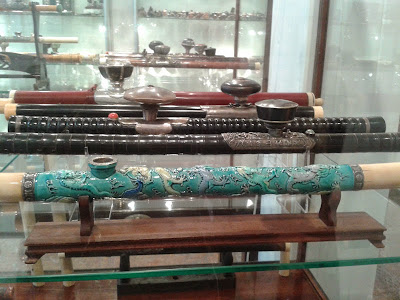 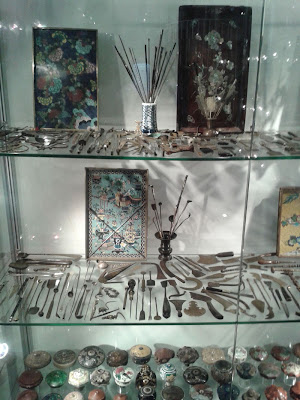 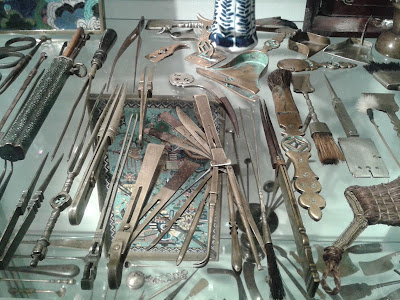 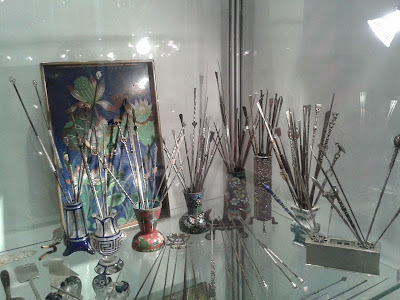 Nestled in deepest Mayfair, where the recession has never struck, is the unlikeliest of venues for the most surprising of exhibitions.

Ensconced on Berkeley Square - where, according to the song, a nightingale once sang - and neighbouring the exclusive Annabel's and Clermont clubs, antique book dealership Maggs is currently displaying the most comprehensive collection of opium paraphernalia I've come across. Here in the city that was the command post for Britain's opium wars with China, such seductive decadence is considerably more attractive than the needles and stained spoons of your common or garden druggie.

Led through the Georgian house - where a first edition of John Fowles' A Maggot can be bought for £800 (HK$9,400) - and across the courtyard to the former stables at the back, this Alice wonders if she's about to meet a stoned caterpillar sitting on a mushroom.

A collection estimated to be worth "in the low millions [of pounds]" occupies eight glass cabinets. The most exquisite instruments of the rich junkie's ritualised quest for oblivion are on show … and they don't look cheap. No wonder. Before the mass production of opium in Bengal, Dutch opium grown in Indonesia was a luxury affordable only to the aristocracy in Britain. And this is their toolkit.

Several dozen precious pipes, perched on stands like short samurai swords, beg you to try them out. With their bright enamels, polished tortoiseshell and delicate ceramics, who wouldn't want to handle these beautiful implements? Of particular note are two pipes bearing the imperial Chinese five-toed dragon and a silver necklace - from which dangle sundry implements, as though it's a mini Batman utility belt - that puts your average coke spoon from Tiffany's in the shade.

With the evidence on show, one could almost forget the ugliness and suffering in Thomas De Quincey's Confessions of an English Opium-Eater: the chronic constipation, bad breath and muscle spasms that follow the initial freeing of the imagination.

"Are the exhibition items just an aesthetes' choice or did the collectors use them?," I ask. Before the words are even out, I realise it's a stupid question. 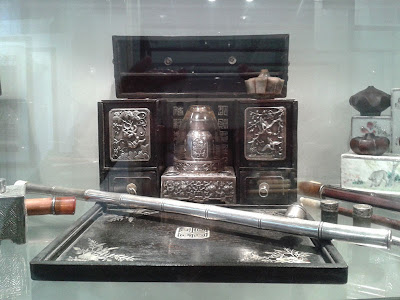 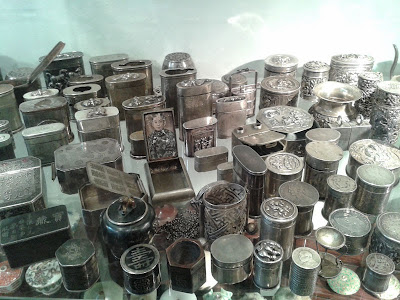 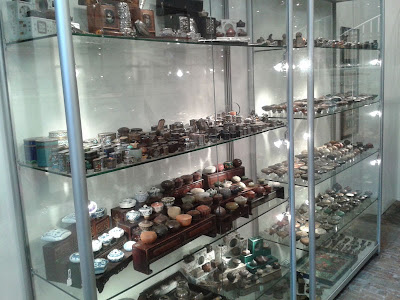 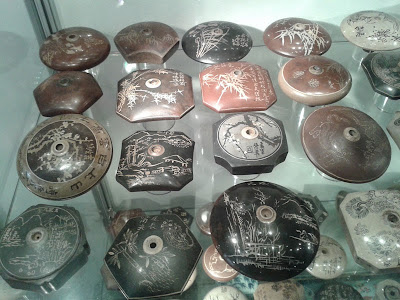 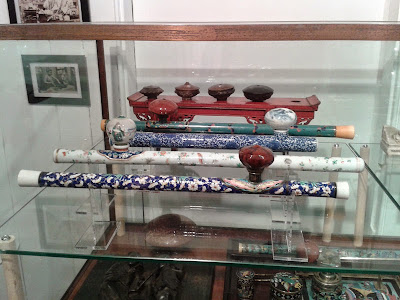 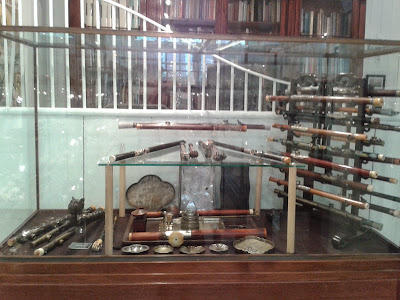