Understanding the viciousness of the anti-Corbyn tendency: shades of the Paris Commune 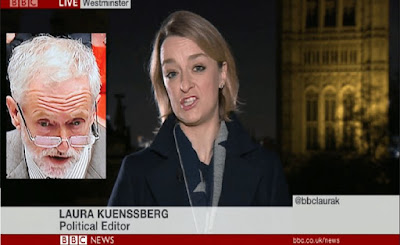 Jeremy Corbyn, the BBC and the democratic process

Why has Jeremy Corbyn's election as leader of the Labour Party with a massive 59.5 per cent provoked more fury among the centre-left than the predations of the right which still overwhelm us?

I'm bewildered by the preoccupation among good friends with diversions that have little to do with the big central crises facing us: worsening poverty and wars.

Broadly speaking, my anti-Corbyn friends are focusing on Westminster-bubble concerns such as the cabinet reshuffle; personalities (they don't like Corbyn or his cohort); plus JC's sympathy for the Palestinians and his criticism of Israel. What is going on with this endless stream of pieces on a reshuffle in which he sacked one person (shadow Culture Secretary and former SpAd/corporate lobbyist Michael Dugher) and moved another?

Compare this with Tony Blair's nights, weeks, months and years of the long knives, when Blairites were parachuted into constituencies against the wishes of locals, and his removal of the authority of Labour Party's National Executive Committee (NEC) as a means of centralising his power along presidential lines. Were Seumas Milne even half as thuggish as rottweiler Alastair 'sexed-up dossier' Campbell, the media would be having a conniption. Oh, they already are.

The rest of us see Corbyn as representing the first real hope for people devastated by decades of intensifying Tory and Tory-lite policies: food banks; the breaking of the NHS; ATOS savagery towards the disabled; the transfer of wealth from poor to rich as "austerity" (for us!) while the super-rich TRIPLED their wealth since the 2008 crash; the break-up of education (academies — imagine Toby Young as your mentor); crippling tuition fees; neglected flood defences; banking scandals where no-one is held to account; tax avoidance by massive corporations; a tanking economy disguised by various financial tricks and an artificially inflated housing bubble; another crash on the way but without the safety net of a China powerhouse this time; wars without end; a destroyed manufacturing base since Thatcher and now steel, coal and a burgeoning green energy industry killed off; fire sales of public assets; ownership of the media by a handful of moguls; increased poverty, homelessness, debt and hunger; hefty wage rises for the political class while we're pauperised; and general selfish corruption permeating every walk of life.

However, in the official narrative the realproblem is ... Jeremy Corbyn. We're told that he's so weird-beardy extreme that he couldn't possibly win a general election, but the consequence of their efforts to undermine him could well be the creation of a self-fulfilling prophecy, and an unintended demonstration of a contempt for democracy – remember, Corbyn's leadership has a greater democratic mandate (almost 60 per cent of the selectorate) than any Labour Party leader of recent times, including Blair – which matches that of the Tories. Meanwhile, the notional 'centre' of British (and American) politics has moved so far to the right than it currently enshrines policies and attitudes at which even Thatcher and Reagan (during their first terms, anyway) would have baulked.

When the right and the soi-disant 'moderates' attack Corbyn, we see an attack not on one individual and his cohort, but on everyone trying to mount a challenge to the rich who are taking everything that isn't nailed down, and damn the rest of us to hell. This is class war and it's being waged unopposed by the richest class against us. We're not allowed to defend ourselves. And whilst the membership of the Labour Party swells, the degree of influence which the party establishment wishes to allow that membership to wield proportionately decreases. In other words, STFU and stuff those envelopes!

Even conservatives like Nick Robinson and Peter Hitchens are worried by the concerted media assault on JC, while mainstream journalists Roy Greenslade and Nic Outterside are questioning the ethics of our partisan press. The blogosphere has rushed to ensure that the public is kept informed of the truth ... which should be the BBC's job, but – as that ship has sailed – we're largely reliant on blogs such as evolvepolitics.com to fill in the gaps.

VERY posh girl Laura Kuenssberg, BBC News Political Editor, was only serving her class when she and Andrew Neil facilitated Cameron's ambush of JC and the rest of us by orchestrating the resignation of Labour MP Stephen Doughty in the studio five minutes before PMQs. Their boast of how they achieved this interference with the democratic process was deleted from the BBC website but you can read a cached version of it here.

So far over 10,000 people have signed the Change.org petition to sack Kuenssberg and Andrew Neil for manipulating the news rather than reporting it. BBC impartiality is now a joke. Instead of speaking truth to power and challenging it, they suck up to it. Although, given Kuenssberg's background, she's not so much twanging the vocal cords of her masters' voice as much as taking a vocal solo with it. I am sure her rewards will be great now she's made her bones with her class peers. Has she reserved a space on her office wall for the wooden shield on which she'd like to display Corbyn's head as a hunting trophy?

One of the comments at Nic Outtenden's incisive piece reminds us: "Political language is designed to make lies sound truthful and murder respectable, and to give an appearance of solidity to pure wind." ― George Orwell.

I always wondered what kind of sicko poked out the eyes of women communards with their parasols when the Paris Commune was crushed in 1871. Now I feel I know. And it's not a pretty sight.

Thank you Madam Miaow for this excellent piece. How ironic that Corbyn is smeared as a hard-left radical when, for example, his economic policies are to the right of US Republican President Eisenhower, who taxed the rich at 91%.

Thanks for a great analysis - you're dead right with the Blair-Corbyn comparison, I remember also that Blair was in bed with Murdoch during those reshuffles, leaving him a much freer working space. I hope more people start to get their news from alternative sources and see through the veil of lies in 'traditional' media. Subscribed to evolvepolitics, ta - any others worth following? Left Foot Forward is one I found - I've been particularly looking for alternatives to the Guardian, which is shockingly anti-corbyn these days, makes me think its a class issue on their part, they seem to have suffered a real shock in his DEMOCRATIC election ;)

As Billy says, a great analysis. My wife, Louise, had alerted me to the unprecedented bias in Laura Kuenssberg's commentary shortly before your post and it is remarkable. But it is not surprising. Jeremy Corbyn's election and his and his supporters political principles ate deeply threatening to all those who are scared of losing position, power, wealth, and influence. All establishments seem disturbed by the thought of what a society structured on the basis of fairness and justice would mean. Using the expertise of Steve McIntosh, web designer, here in St Ives (Steve introduced me to your blog) I am developing my own website and blog. The blog I describe as 'The unrobing of the Emperors' - we are on the same wavelength (robdonovan.blogspot.co.uk). The website is not fully operational or complete yet but you can access it on www.robdonovan-author.co.uk. There you will find the story of my work 'The Road to Corbyn' to be published by the summer of this year. This is my reworking of Bunyan's 'Pilgrim's Progress' for our secular times. Thank you, Madame Miaow. You've provided me (a novice blogger) with my first blogging socialist buzz.

Good luck with your website, Rob. Corbyn stands for a vast swathe of British society that has been denied meaningful representation for decades. Let's hope his team doesn't screw it up. Good to hear Steve McIntosh is helping out. He was an early adopter of the web in Cornwall.

Billy, indeed. The media have been so awful that the more they chuck at JC, the more people see through their game. Twitter is a useful source of alternative websites. Just follow the links when the issues arise.