WASPI guide to stolen state pensions: did you know? 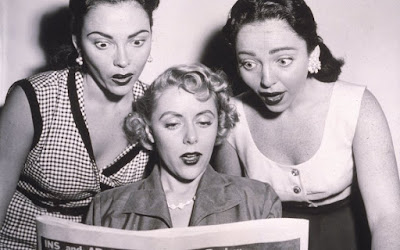 1. Your wife, your mother, your grandmother, your sister, your auntie will now have to wait until they reach 66 before they can retire?

2. In 1940 in fairness to men the women’s pension age changed to 60 because married men had to wait until the wife turned 65 before he could retire, this allowed the couple to enjoy their retirement together.

3. In the late 60’s / early 70’s the 50’s women embarked on their journey into work. They paid the same percentage contribution towards National Insurance as men but didn’t earn equal pay. When they reached 18 the also contributed to the Graduated Pension until it later merged with N.I.

4. When the 50’s women began paying their dues they were told they could retire at 60.

5. When the 50’s women married they had a choice, they could continue paying the standard rate of NI entitling them to benefits and retiring at 60 in their own right, or opt for the lower ‘married woman’s rate’ but would have to wait until their husband reached 65 before they could retire.

6. So, women of the 50’s have been paying NI for anything from 35 – 44 years believing they would retire at 60 or at the very least until the husband retires.

7. Did you know the chancellor has been holding onto £30bn of NI contributions and government says they can’t afford to pay our pensions at 60 even though we’ve been paying all these years and continue to pay and they have this surplus just sitting there?

8. So, despite paying our dues, now the government is refusing to pay our pension at 60.

9. The government have played on our goodwill, and have breached their verbal, social, legal contract. We kept our side of the contract and have paid up to retire at 60.

10. Apparently labour introduced an increase of pension age to 65 in 1995 but failed to inform the women of the 50’s who would be most directly affected, the government failed its legal duty to inform all women personally of this change, they tried to get away with this by stating they didn’t have any current details, except they forget that they have all details from PAYE, us women still received all our NI demands and self-assessments as well as any tax or child benefit details, so they do have out details, they just failed to carry out this legal action. They also tried to get away with this by saying they put adverts in magazines (I’ve yet to see) and pension pack were available for anyone who requested them.

11. The legal contractual duty according to the Pension Advisory Service is that the provider MUST inform its clients of any changed, the government failed to do this on 2 occasions and they decided without consulting us of any changes to increase our pension age to 66 thus every 50’s woman is losing anywhere between £35,000 - £40,000 in the pension they were contracted to receive.

12. The change to women’s pension age was blamed on the EU, this is simply not true, it was labelled ‘unfair to men’ and had to be equalised, but hang on; did we not do the ‘fair’ bit in 1940? And other European countries are not equalising and some are reducing pension age Poland for example, not as wealthy as us, the 6th richest country.

13. When the government called to change the pension age they promised a relaxed transition but we’re now looking at working an EXTRA 6 years, not the 18 months MP’s keep stating in their interviews. This is hardly fair to women when men only have to work an EXTRA 1 year.

14. We do not dispute that men and women should be equal in everything including their pension age but it has to be done fairly.

15. Looking back to the 1940 issue and continuing now, women in general marry men a few years their senior, this change in pension age has turned the tables on fairness, we are now seeing men retiring earlier than their wives, this is unfair especially to those who opted for the ‘standard rate’ NI to retire at 60 in their own right.

16. 50’s women who have reached or are nearing 60 have had no time to change their plans, many finding themselves unemployed and in the clasp of the jobcentre with workfare, work programmes, working for their benefits as they are claiming Job seekers allowance, or they find themselves on ESA and its strict regime of sanctions. This is no way to treat women who have done the ‘right thing’ who have paid their dues, and who are entitled to their pension.

17. A pension is not a benefit and for Mr Cameron and others to say there are other benefits to claim, we don’t want benefits, we don’t deserve to be treated this way, going to the jobcentre cap in hand. Signing on at 60 is degrading and insulting.

My Story
I started work at the age of 16, I married at 17 and I was verbally offered the married rate NI, mentioned above, the company accountant sat and explained that if I continued to pay the ‘standard rate’ I would be able to retire at 60 in my own right, as my husband was 3 years my senior this was a good option for me, rather than waiting until he reached 65 when I would be 62, so that is what I did and paid the standard rate since then. I will now be retiring 3 years after my now ex-husband, how is this right? This is NOT what I signed up for; this is not what I paid all my NI contributions for. Women are now retiring later than their husbands in a situation where the government are trying to make things fair they are making it extremely unfair to women.

So I can no longer retire at 60 despite all those years of expecting to do so, I now have to work an EXTRA 6 years, I cannot even retire at 62 as if I had paid the ‘married woman’s rate’ so in my case, this is extremely unfair. The government say no-one will have to work anything over an EXTRA 18 months, this is simply not true.

Instead of settling into my retirement next year at 60, allowing my husband in his ill-health to cut down on his hours, and taking care of our grandchildren, helping my daughter out with ‘free’ childcare while she works, we’ll be denying our grandchildren and ourselves the right to a family life as they are dumped at costly childminders. My husband will have to continue working his long hours now we’ve been denied my pension at 60, denying us a better quality of life.

I have done the right thing, please reverse the decision and give us our pensions at 60, give us the respect we deserve.

The link to my newspaper interview
Mrs T Baddams

WASPI women's pensions were in surplus but RAIDED: restore our pensions

Hansard on the Waspi debate in Parliament, 1st Feb 2016. 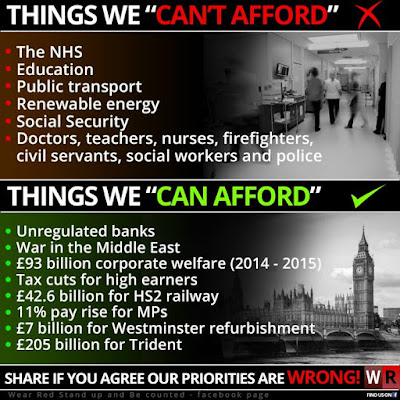 Just a note to say that it was a Conservative government in power in 1995 when the first Pension Act to raise the SPA for women was brought in. Labour did not get into power until 1997.