A Brief History of the Chinese Who Came to Britain: Introduction to Hannah Lowe's new poetry collection, Old Friends 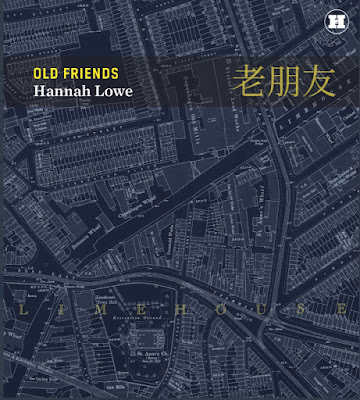 A Brief History of the Chinese Who Came to Britain

How many Chinas are there?

In 2022, two Grand Narratives jockey for position as the dominant conventional wisdom which will define China and its global diaspora: the one which demonises its subject, and the other which humanises.

After enduring their “century of humiliation”, China achieves superpower status and finds itself in the headlines for all the wrong reasons. For the past few years, geopolitical stability has tumbled down a Sliding Doors rabbit-hole, splitting the narrative of the peaceful emergence of a multipolar world. One version portrays an existential threat to a western way of life already rapidly approaching its best-by date. The other, which it aims to topple, depicts the dragon reborn, a technological marvel raising 800 million out of poverty, battling the Covid-19 which has already felled western powers, while building beautiful futuristic cities and a new Silk Road.

Into this great sweep of history, Hannah Lowe’s poetry collection, “Old Friends”, provides a timely close-up of some of the characters from the great Chinese migration who’d left the upheavals of a China fragmented by 19th century wars and colonisation and fetched up in Britain. From her father’s Jamaica and Ilford where she grew up to the seafarers and their descendents who settled around the ports of Britain, the Chinese diaspora, established long before many of the nations in which it currently exists, has had to deal with the shadowy identities projected onto it by the same dominant entities who are at it today.

In the beginning … the Chinese were a complete mystery to Europeans.

Early tales from the 13th century Venetian Silk Road explorer Marco Polo, told of the great Kublai Khan, whose Mongol grandfather Genghis conquered a swathe of the Euro-asian landmass, establishing the Mongols as the biggest empire ever. Kublai himself unified China, founding the Yuan empire in 1271 from his home turf around Inner Mongolia and his legendary “stately pleasure dome” of Xanadu in Shangdu.

The first impression breaking through the void was of a magical otherworldly realm of horse warriors, sightings of comets and the exotic treasures that made up the chinoiserie Europeans found irresistible — porcelain, gunpowder, silks, spices and tea — whose desirability would lead to the devastating Opium Wars centuries later.

The Chinese made first contact with Britain in 1685 when the young Jesuit priest Michael Alphonsius Shen Fu-tsung, who was touring Catholic Europe, was warmly welcomed by King James II. Unfamiliar with English, Michael communicated in Latin. Until his arrival, few people even knew which way up to hold a Chinese book so having him catalogue them was a revelation to the gentleman bibliophiles who’d acquired their exotic collections from the Dutch East India Company. King James was so enamoured that he commissioned a portrait which still hangs in the Queen’s gallery today.

However, the first significant number of Chinese to arrive in Britain — seamen brought in by the British East Asia Company during the Napoleonic wars to replace white sailors who were enlisted to fight — enjoyed no such representation in heroic tales, historical works or classical images. These mysterious visitors stayed in the poorest areas around the ports of Cardiff, Liverpool and London’s Limehouse waiting for the next ship to take them home. Not for them the humanising engagement of two worlds who’d just discovered each other. Just a minor role as a reliable source of cheap labour. Gone was the respect shown by James II and, instead, hard commerce and exploitation replaced curiosity and affection.

Even this utilitarian view of the Chinese degenerated further when the British decided they no longer wished to pay the bill in silver bullion for the exotic goods they consumed, (eerily echoed by President Donald Trump’s destructive trade war that’s morphing under Biden into a replay of the Opium Wars carve-up by some of the same imperial powers today.) In 1839, the British army, acting as the military wing of the East Asia Trading Company which had applied Industrial Revolution methods to the mass production of opium in Bengal, forced the drug onto the Chinese at gunpoint, turning an aristocratic vice into a nationwide addiction and called it “trade”.

It was during the ascendency of the imperial narcocapitalists that stories and images emerged to describe not the celestial subjects of earlier wonderment but a debased Yellow Peril, which found its apogee in Sax Rohmer’s villainous Fu Manchu. Stripped of all humanity, they were reduced to a reflection of the monsters in the British id, subhumans deserving of the misery meted out by Empire. It’s an ugly narrative that never really disappeared but simmered away, turning the Chinese and their descendents into a permanent reservoir of scapegoats.

The advent of Chinese seamen expanded the communities of international sailors — including Lascars, Portuguese, French, Germans, Russians and Americans — that huddled around Cardiff, Liverpool and London’s Limehouse. Fewer than 200 Chinese seamen and their families lived in two streets in Limehouse – Pennyfields and Limehouse Causeway, thought to include five shops and a couple of restaurants – but those few residents were reimagined by the yellow press as an invading Yellow Peril horde.

Anti-Chinese hysteria driven by inflammatory newspapers such as the Daily Express and Daily Mail led to riots in London and lynchings in Cardiff during the early 20th century. So contemptuous was the post-WWII government’s policy towards Chinese in Britain that the seamen – who had run the wartime merchant navy in appalling conditions for lower wages than their white counterparts and settled in Liverpool – were quietly expelled and sent back to China, even if they’d started families with local white women. Most of the mixed-race children and their mothers were deceived into believing that they had been abandoned by feckless fathers, and thus they remained ignorant, until relatively recently, of the cruelty meted out in secret.

Surviving wars, occupation, prejudice and massacre, it wouldn’t be until the 1950s and 60s that the Chinese diaspora would make its longest-lasting impact on Britain. By doing what it did so well with food, they transformed fading Italian snack bars into the first of the takeaways, putting a Chinese presence on every High Street.

After a brief Golden Age in the 21st century when British-Chinese relations hearkened back to those earliest days when Shen Futsong was embraced by a British monarch, Yellow Peril monstering is making a comeback as China’s economy draws level with the US.

Amidst the tumult of lurid media fantasies, Lowe’s miniatures of the daily life of some of these early immigrants remind us of the common humanity currently obscured by the new wave of state level sinophobia. It opens a door into a world which will be familiar to some and a revelation to others.