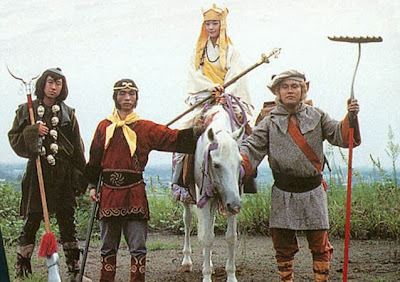 The Innovators: Dr Who's 50th anniversary; Chinese science fiction; China music and drama in the West

Exploring Beijing Blues; Mayday the Chinese Beatles; Chinese science fiction at the 50th anniversary of Dr Who; and is this a new era for Chinese in British theatre after the Royal Shakespeare Company's Orphan of Zhao casting debacle?

[EDIT: Steven Ip has problems with his Tardis so can't make it but will be a guest next year when Madam Miaow's Culture Lounge comes back.]