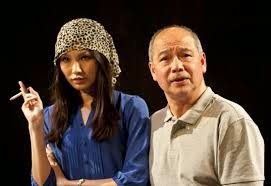 Here's wishing that the cast of Yellow Face, by Tony-Award winner David Henry Hwang, break a leg in style when they open tonight at the National Theatre Shed.

I thoroughly enjoyed the play when it launched London's Park Theatre opening last year, reviewing it for the Morning Star. I also interviewed Hwang and found him to be charming, witty and self-effacing. He was still as politically aware as when he became the reluctant "poster-boy" for the Asian American community's angry campaign over Jonathan Pryce's reprisal of his role as the Eurasian Engineer when Cameron Macintosh's production of Miss Saigon transferred to Broadway.

This play, Yellow Face, was written as a response to the draining experience of that campaign, about issues of race and equality. The argument about sticking white actors in yellow face make-up to play east Asian roles resurfaced in Britain at the end of 2012 over the Royal Shakespeare Company's casting of only three minor roles out of 17 with Asian actors when they staged the The Orphan of Zhao, a Chinese classic play from antiquity. It was no surprise when Hwang and a host of East Asian American actors weighed in on our side, excoriating the RSC for their "contradictory and fallacious" self-justification.

Not one main role was played by an East Asian actor.

Various British theatre critics, including Mark Shenton, defended the RSC with some shockingly antiquated arguments. Shenton attacked both myself and Hwang in The Stage for daring to object to colour-blind casting that only goes one way. (Do check out the comments.)

One strawman argument was that the effniks were demanding that every character be played by an East Asian. Some of us were, but most of us were not, especially as The Orphan of Zhao was part of an RSC trilogy.

Shenton's position was that east Asian actors could not play roles in the other two plays produced in the same season and played by the same ensemble cast: Pushkin's Boris Godunov ('cause no Russian ever looked Asiatic, right?) and Life of Galileo by that master of defamiliarisation and arch-questioner of "reality", Bertold Brecht.

So it is with curiosity and optimism that we note Shenton's participation in the NT's Pre-show Platform on Wednesday 7 May, when he joins writer David Henry Hwang to discuss Yellow Face. One hopes that Shenton's presence on the same platform as the author of a play specifically dealing with the issues of racial exclusion from the culture means that some of what we've been saying has sunk in. I'm a great believer in the ability of human beings to learn from past mistakes and acquired wisdom.

So let us, like Bill Clinton, come from a place called Hope.

Yellow Face is on at the National Theatre Shed until 24th May. 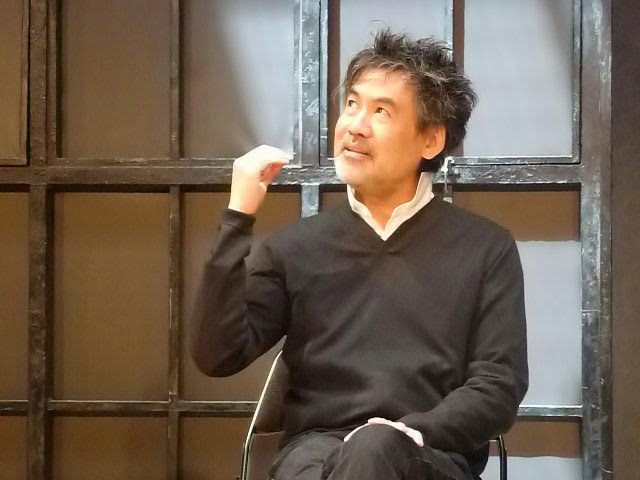