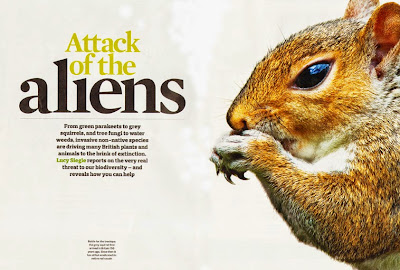 The cuddly liberal Guardian thought this illustration was OK. 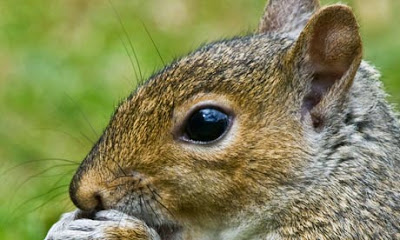 The original photo of the squirrel before the Guardian's Goebbels squad got on the job.

I'm on a panel next Wednesday at Asia House for a debate — More or Less Asian? — alongside actor and playwright Daniel York, playwright Yasmeen Khan, author Niven Govenden and chaired by the writer and broadcaster, Bidisha.

I've been challenging the lazy and dehumanising depiction of East Asian ever since I took my solo show, Suzy Wrong - Human Cannon, to the Edinburgh Fringe Festival in 1994.

My other explorations of the theme have included a profile of Anna May Wong for BBC Radio 4, A Celestial Star in Piccadilly (2009), a one-woman show, Anna May Wong Must Die! (2009), and The Steampunk Opium Wars (Feb 2012) which premiered at the National Maritime Museum to mark the opening of their Traders Gallery.

In 2007, I presented the ten-part series, Chinese In Britain (BBC R4), which gave me a rare opportunity to add balance to the skewed view of Chinese people. Among other things, the second episode managed to dismantle the myth of Chinatown. This dark region filled with opium-smoking, dagger-wielding villains is a location in the mind of the beholder and says more about what lurks beneath in the psyche than it does about the mundane reality. (The series is being repeated on Radio 4 Extra and is available to listen on iPlayer for another three weeks.)

However, the BBC series proved to be a rare slip through the white dominant net. I continue to be shocked but unsurprised by the liberal establishment's continued demented depictions of the Chinese in output such as the BBC's Sherlock reboot where everything was updated except for the sinister yellow peril in The Blind Banker episode, and the anachronistic Radio 4 programme, Fu Manchu in Edinburgh, which drew uncomfortably from the episode in the Chinese In Britain series in which we'd looked at the early Chinese medical students. These were rarely glimpsed real human beings who'd done so much good for British society, snottily eclipsed by a cheap rehash of the yellow peril stereotype.

Elsewhere, we're rendered invisible in areas where we obviously have a presence in the real world. There has never been an east Asian family on Eastenders, for example. I speak as an East Ender myself when I say that this is fairly (sic) ignorant and stupid. And it does us no favours, but warms us up for the slaughter.

The absence of east Asians in the culture means we are a blank canvas onto which all sorts of poisonous narratives and images can be projected. So when the Blair government required a scapegoat for its inept handling of the Foot and Mouth Disease outbreak in 2001, it was able to turns the guns of the press onto the UK Chinese by briefing Valerie Elliott of The Times that a Chinese restaurant was responsible. The media, with the honourable exception of The Independent, took up the cry lemming-like. This potentially deadly situation (fury was brewing, livelihoods were lost, farmers had committed suicide, Chinese were being targeted and spat at) required protests in London and Manchester Chinatowns and meetings with the now defunct Ministry of Agriculture, Fisheries and Food (MAFF) to get minister Nick Brown to vindicate us and for the absurdity of the claim to be made apparent.

So there is a politcal dimension to issues of identity. It's not a luxury add-on. This is about people's survival. 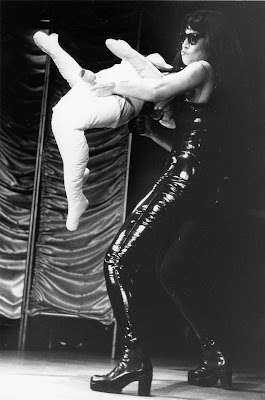