The Forbidden City video: Anna and Paul in China

In China for the Bookworm Literary Festival and only a day left in this astonishing city of 30 million, so what to do? You can't visit Beijing and not see the old quarter, the hutongs, Tiananmen Square and, of course, the vast Ming era (15th century) Forbidden City.

It makes a welcome relief from the endless glass and steel towers of modern China. Imagine Canary Wharf. Now multiply it by dozens, going on for miles. That's what the big Chinese cities look like, even the secondary ones. Lil ol' Chengdu, nestled in the Himalayan foothills in the middle of the country, has a population of 14 million. Five more than London. Think on that.

The low-lying Forbidden City and its environs are exactly what these tourists craved. The air may be polluted but the streets are the cleanest you'll find anywhere, due in part to the government's Keynsian employment of human beings to sweep the streets with old fashioned twiggy brooms and cute little motorised carts. 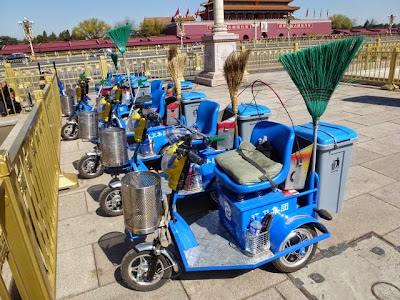 We were supremely lucky, according to our friends, to enjoy a rare run of blue skies and warm spring weather for our sightseeing. The first time I'd seen Beijing was on a trip with my parents in the 1970s, where everything was Mao suits and bicycles and not a grubby thought to be had. Now everyone has pollution-gauge apps on their smartphones and shops at every familiar western outlet from Gucci to H&M.

We were as fascinated by watching ordinary Chinese at play as they were by my lovely companion, Paul Anderson. The young people like their fashion and electronic kit. The elderly marvelled at the inner sanctum of imperial life that had always been denied them, despite being built on the backs of their ancestors. They were all eager to learn about their own history and grab a little piece of it on their smartphones, as was I — watch the scrum around the throne pavilion in the video. We are indeed all more alike than different.

The fact that the Chinese have any access at all to this beautifully preserved city — now known as the Palace Museum — is fortunate, considering the looting and destruction perpetrated by both the Kuomintang and the Japanese during the first half of the previous century. When I saw it in the 1970s, the painted woodwork was faded, with many of the tiles broken and fallen, and there were few tourists. It's undergone a transformation as stunning as the Chinese economy.

We arrived earlyish at around 10.30am and the place was already thronging. The long queues through the airport-style security outside Tiananmen Gate were packed into narrow avenues protecting us from terrorist attacks such as the one a couple of years ago that killed several tourists when a jeep ploughed into the crowd and exploded in a fireball – but they got us through quickly enough.

By 4.30pm, when the kicking-out music was played over the loudspeakers, we'd barely seen a quarter of it. You can sense the ghosts of residents past and trace the route taken by emperors borne in palanquins by eunuchs over magnificent stone carvings. Imagine the imperial writhings on the silk beds in the private quarters; hear the pillow talk, the intrigue. What must the palace politics have been like? What must it have been like to be a minion? A concubine? Trapped, never seeing the world outside these dusty red walls for an entire lifetime?

It must have felt eternal, as if it would continue for another five hundred years at least. But nothing lasts forever, especially if rulers grow complacent and forget the interests of the wider population. That's a lesson we're learning in the West, a lesson that knows no national boundaries.

The first movie I stuck on the telly when I returned home? The Last Emperor, natch, shot in the Forbidden City itself by Bertolucci nearly thirty years ago in 1987. Reader, I woz 'ere! 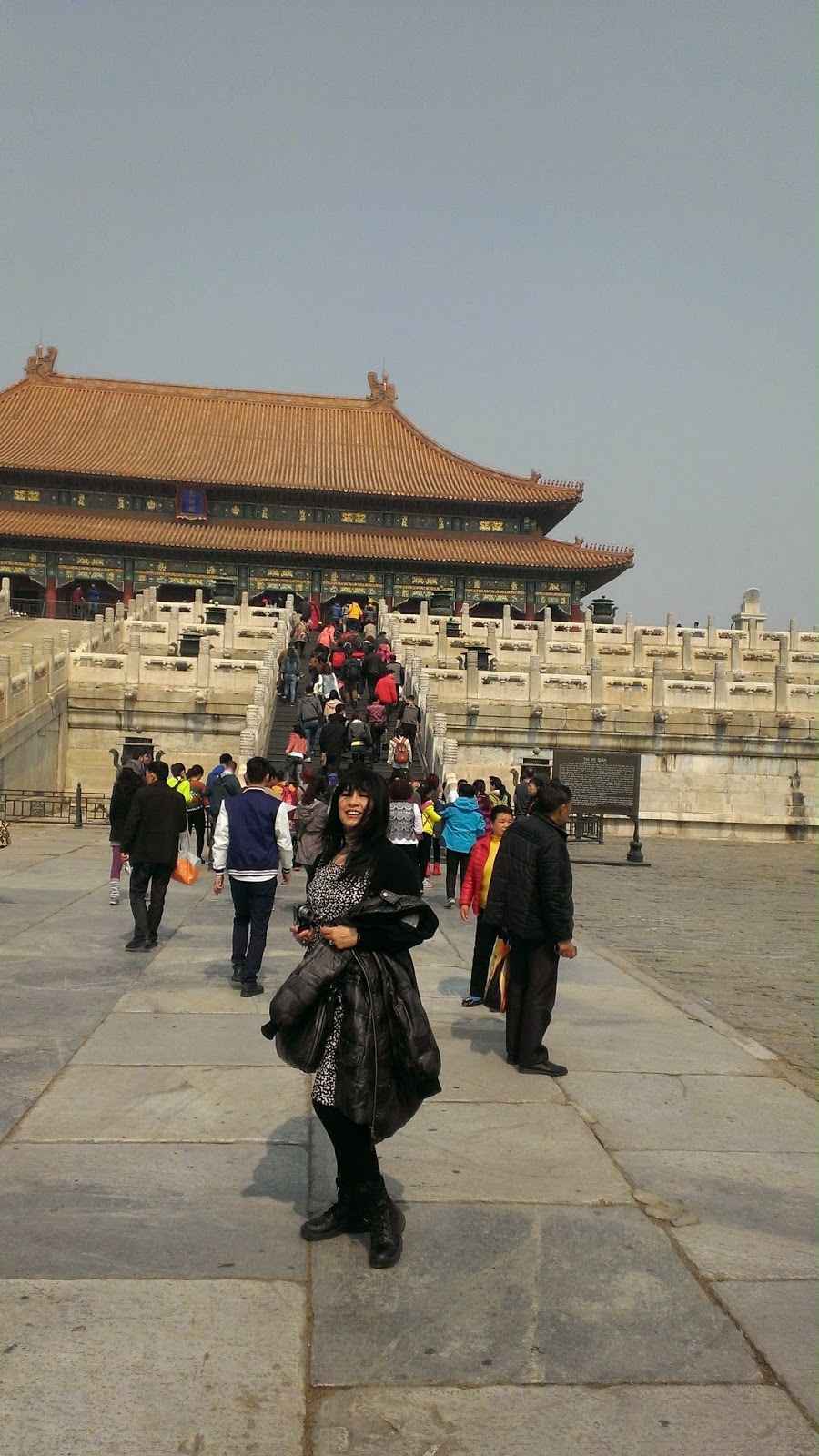