Tories under pressure to go for investment: Labour's opportunity to drive the economic narrative 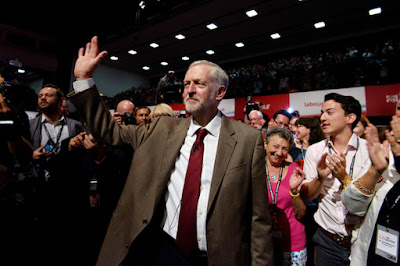 The Reluctant Capitalist: keeping the Left up to speed

I'll give this to Team Corbyn for free (as always).

I'm delighted to see left arguments for infrastructure investment entering the debate at the Labour conference. What you might not know is that investors, AKA the capitalist class, are in a panic because austerity hasn't worked for them, either. It’s all very well being a First Class passenger on the Titanic while those in steerage drown first under George Osborne’s austerity measures, but they know the sea will get you in the end.

The markets are fat, flat and running on petrol fumes. Bonds have no yield. Gold has soared as the last refuge of value but looks like dropping. Everyone is expecting a massive correction (slump), only unlike the 2008 crash, an economically strong China is not there to help pick up the pieces — China has a terrifying amount of debt as they have learnt about printing and pumping money from our own Quantitive Easing (QE). It is like playing pass the parcel with a live grenade.

Philip Hammond is now under pressure from significant bodies of Tories. Now that the central banks have run out of ammo and the poorest have suffered from austerity while national and personal debt has soared, there’s a clamour for what we needed right after the 2008 crash: investment in infrastructure such as rail, roads, housing, ports, power stations and so on.

However, Hammond is dithering. This means there is a window of opportunity to change the austerity narrative and get speakers into the media — you'll be pushing at an open door. This is your chance to update your fact-files (I am sure you do this regularly), brief your speakers, give them some media training and shape the debate.

For instance, the Tories will baulk at building social housing among all the possible projects. Your task, if you care to take it, is to grab the limelight PROACTIVELY, get into the various print, broadcast and social media and foreground the facilities we want built for need not greed.

Aditya Chakrabortty: Hammond is leading Britain into another lost decade
Posted by Madam Miaow at 10/06/2016 11:51:00 am