Punk thrives in China: was I first British Chinese punk? 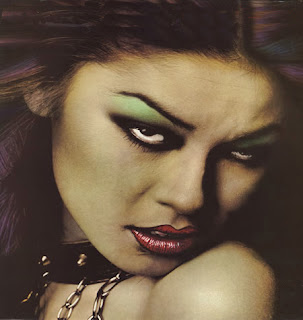 Love this piece about the punk movement in China.

I think I was the first home-grown Chinese punk in Britain, hanging out at Vivienne Westwood's shop Sex as a kiddie where she made me my first catsuit (pix above and below).

It was my armour, a shiny carapace that expressed my champion alienation as a working class Chinese kid in Hackney with added teenage angst. I wore that catsuit to shreds, shocking the locals as I did the weekly shop in Tescos.

The only other east Asian women punks I can remember from that era were Thai-born Suzie Dixon (with whom I hung out with the Boomtown Rats and the Sex Pistols) and, a bit later, Annabella Lwin (Anglo-Burmese) who Malcolm McLaren made lead singer of Bow Wow Wow in 1980.

I'd be really interested to know who else was around. I'm guessing that there must have been some Chinese punks in America following the New York Dolls in the 1970s. But in the punk genealogical branch that started in Vivienne's King's Road shop, I think I'm the first. So if you know of any others, please do let me know.

I auditioned to be a backing singer for the legendary punk band London SS — Mick Jones, Eunan Brady and then Tony James and a plethora of punk musicians — which became the Clash. London SS never got off the ground (stupid name that we'd hoped was short for London Social Security but probably wasn't) so we'll never know if the auditions were a brilliant way for the fellas to meet gurls in those early days before stardom struck. But it was a fascinating showcase and playground for the punk explosion that followed. 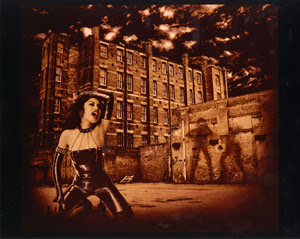 I first met Anya in London at the Grayhound when Snatch was playing.I knew her in Lon, NYC and Paris...where we said goodbye & her mother compared our charts; we shared a birthday. She died of cancer. A brief life....an amazing story. So here's your rose x J.Nylon

Anya Phillips was born on Tiawan.

Wow, thank you, Judy. I completely missed Anya so I'm going to look her up. Pleased to meet a sister but can't believe she's dead before I could meet her. Too sad.