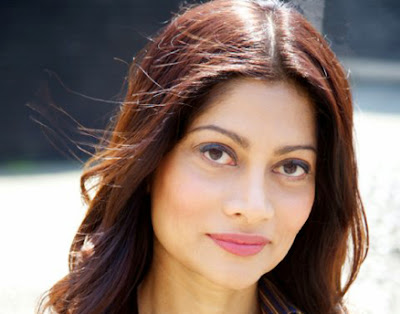 The British East Asian Artists group (BEAA) are supporting actor Somi Guha's formal complaint to the BBC for the broadcast of racist material and are delighted to see that this has resulted today in an apology from Top Gear's Executive Producer, Andy Wilman. A broadcast is a service and it is unlawful to produce racist services.

The trigger for Ms Guha's case was an exchange on the BBC's Top Gear Burma Special programme where, filming in Thailand, a native person on the bridge was referred to as a "slope", a term used by American GIs in Vietnam for the Indo-Chinese people being killed in their own country in the 1960s and 70s, and which evokes the full horror of that brutal period.

However, in a contradictory statement issued today, Wilman claims: "When we used the word ‘slope’ in the recent Top Gear Burma Special it was a light-hearted word play joke referencing both the build quality of the bridge and the local Asian man who was crossing it." And yet he also states: "We were not aware at the time, and it has subsequently been brought to our attention, that the word ‘slope’ is considered by some to be offensive."

We await clarification as to whether they knew and were joking, or did not know and were not making a joke. Our inference is that the apology is less than fulsome and that Ms Guha and her lawyer Lawrence Davies shouldn't lay down their arms just yet.

Ms Guha says in her statement:
"I have taken a stand against the broadcasting of racist slurs in the name of 1950s school boy humour by raising a complaint to the BBC through Lawrence Davies, the director of Equal Justice who is dedicated to fighting discrimination.

"I am an actress of Indian origin. I have grown up both in the UK and in the US and have dual citizenship. The way I describe myself is 'A brown-skinned American of Indian origin with a British accent'.

"I have influences from different backgrounds, as do so many people today. Although the 'slope' slur is not necessarily targeted at those from my background, it makes no difference. The point is that it is targeting someone based on their racial heritage and this was broadcast, which legally violates the Equality Act.

"If this matter had gone to court and we'd won, all proceeds would have gone entirely to the Stephen Lawrence Trust and the Stairway to Heaven Memorial Trust (the Bethnal Green tube disaster of 1943 where 173 people were crushed to death while trying to enter the air raid shelter at Bethnal Green Tube).

"All old institutions wish to carry on their practices unchallenged, but there comes a time when people say, 'Enough is enough!'."

The BEAA group has felt moved by Ms Guha's solidarity and courage in pursuing this action out of principle. It was not her racial origins that came in for such dehumanisation from the BBC and we acknowledge and commend her spirit of humanism and internationalism which crosses racial boundaries.

We are pleased to see others who are concerned supporting her, such as the Left Unity party and Chinese for Labour, and we hope that anyone similarly alarmed by the rising level of casual racism in British society stands with her to challenge it.

We expect that producers of the Top Gear series, which is the BBC's most profitable export, will have cut the offending "slope" comment from the American version, presumably because they know that this would not play at all well.

The Top Gear presenter's use of racism as entertainment is not an aberration. A recent anti-Mexican rant was deeply shocking. Jeremy Clarkson's dehumanising comments about the 23 dead Chinese cocklepickers at Morecambe Bay were grotesque.

We hope that this incident marks a speedy exit point for Top Gear, a BBC dinosaur that has become an embarassment well past its sell-by date by several decades.

2) This case is also being supported by Left Unity.
www.leftunity.org
Contact: press@leftunity.org

4) Please see the links below for newspaper articles:
http://www.dailymail.co.uk/news/article-2591500/BBC-sued-1-MILLION-Jeremy-Clarkson-racism-allegations-presenter-makes-slope-remark-Top-Gear-Burma-special.html

Even the Radio Times is looking askance at Top Gear.

I'm glad I'm no longer in UK being forced to pay his wages just for owning a tv set.

I'm quite torn by this, George, as the BBC has been a wonderful public service provider in its history. However, it now seems largely run by managerial chancers screwing the corporaton for as much public dosh as they can get while they debase the culture. I feel sorry for the people left there who are trying to maintain the BBC's past good record.

Only watch it nowadays for David Attenborough, once he meets his ancestors my viewing connection to the beeb ends. Some kind subscription funding is the best way forward me thinks.