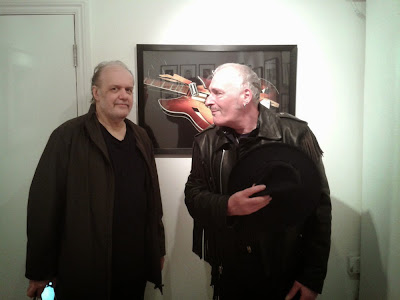 The great rock photographer Chalkie Davies was reunited with his old NME mucker, the great music journalist Charles Shaar Murray, when we visited him at his exhibition at London's Snap Gallery last week.


All the photographs evoke the age of the Clash, the Sex Pistols, David Bowie and Mick Ronson, Blondie, The Specials whose Jerry Dammers is a bona fide genius, he tells us. Many are iconic. Ian Dury stares at his teeth in the dentist's mirror. A large print in three sections of David Byrne catches your eye and fixes it (1981). Johnny Rotten in handsome profile as if he can't be bothered to acknowledge your existence like all good punks, stares off camera at more important matters than your humble presence: a cat may look at a king. And then there's THAT Sid and Nancy photograph. Doomed lovers in the bathroom — where else?

Charles and I took some pix of Chalkie at the Gallery. 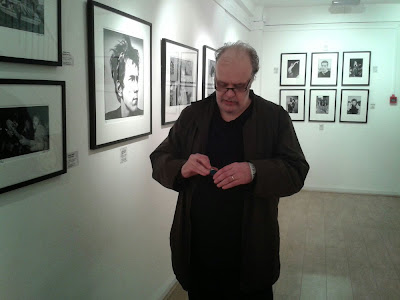 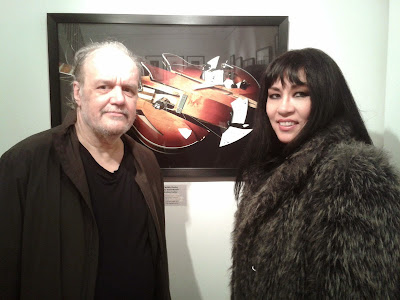 Not the first, though. Here's the one I took of Chalkie standing behind Keith Moon (who's wearing my Vivienne Westwood customised leather jacket) in younger days. 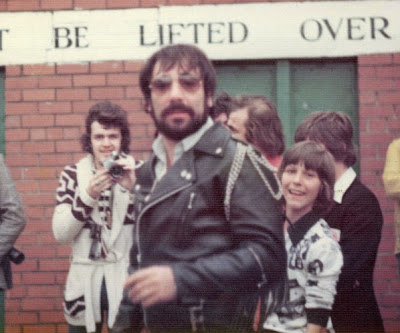