EDIT JUN 2021: Well, another white male lefty puts the boot in. A year or so ago, as sinophobia deepened and spread, I appealed to John Wight, now making a name for himself on the UK Left, for some sort of support instead of reinforcing the left hostility and blackout that was going on. We'd been in communication for a few years and I regarded him as a friend, impressed enough with his writing to review his autobiography favourably. His response to my reaching out was not to talk, engage or exhibit any curiosity or comradely concern, but to courageously block me on Twitter. So no solidarity for me but brownie points earned for himself within a wretched left.
Dreams that die, indeed.

I've decided to leave up my review of his book I posted on 3rd March 2013 as what I wrote was genuinely felt and written in good faith. Rewriting history is something I'll leave to others.

In Dreams That Die, lefty journalist John Wight tells a good yarn very well, which is to be expected from a budding screenwriter who had the nerve to take off for Hollywood Mecca with nothing but a script and a few hundred quid to his name.

Charm and a Scottish accent only get you so far in La La Land. Luckily, his 6ft-plus frame and sheer determination earn him the just about liveable wage of two hundred bucks a week working as an elite bouncer and film extra while he touts his script round town.

He's punched out bullies at the Mondrian Skybar; been trapped in an enclosed space with Matt LeBlanc and his methane emissions without so much as a "how d'ya do?"; worked as Ben Affleck's movie stand-in; and guarded Jimmy Hoffa Junior in the midst of a Teamsters union war. He's been an extra in Friends, Alias, ER and CSI among a slew of TV series.

He also got stuck into the American anti-Iraq war movement after 9/11, helping to organise events, culminating in the huge 70,000 strong San Francisco demonstration in 2003.

Full of lively detail laced with juicy Tinsel Town gossip, this autobiographical tale of an awakening political consciousness set against the backdrop of capitalism's own Sodom and Gommorah stands out from the usual Hollywood stories by bringing a class dimension to Wight's experience.

He describes the delusion that keeps the "oppressed, humiliated, maligned and bullied" in their place so well you can taste it. The promise of fame, fortune and the intoxicating prospect of taking their higher position up the food chain like lost princelings and princesses regaining their rightful status and restoring some sort of cosmic equilibrium ensures nothing changes. Nowadays they don't just shoot horses; they feed them back to you in fast-food Soylent Green stylee and all you can say is "yummy!".

"In this dystopia of desperation and delusion, the American Dream remained a living, breathing entity, one that belonged to all who were willing to abase themselves before it. Thus any attempt to instill a class consciousness was doomed from the start."

Well, duh. But it's fun watching him try.

I read this with a certain pleasure of recognition as there are a number of amusing parallels with my own experience of trying to balance cultural warrior with political activist. My screenwriting led to time in the early 1990s as a script editor and consultant, working like a dawg by the swimming pool round the corner from the Carolco building, Tower Records and the Viper Room, shaded by palm trees and drinking cocktails with brightly coloured paper umbrellas and laughing at the cheek of it all. I have had the entire restaurant menu recited to me by the most stunning movie-stars in waiting and then had to apologetically ask them to do it all over again as I was too overwhelmed by the oddity of such a pointless hierarchy-enforcing task to take it in the first time around, multi-tasking going to the wall under the pressure of the novelty.

Wight and I must have overlapped at the Mondrian as I stayed there in 2002, failing to recognise a single sleb in the Skybar and opting for early nights so I could go sight-seeing. I have ridden horses in the same Aguora Hills where Wight managed to make an extra couple of grand in a rather unconventional walk-on part from which he was lucky to escape with his teeth intact. Verily, I have drunk from the same pool of vulgarity and I understand its lure. And, like Wight, I have been aware of the contradictions.

And made the same bone-headed choices that meant — in his case — turning down a potentially career-making meeting with Sean Connery in order to attend an antiwar conference in New York. I am infuriated with his decision but I understand it utterly. That's what happens when politics get in the way of ambition.

It's certainly a whole lot more attractive than the charlatans of the British left who I've seen drop all principles the moment something was up for grabs.

This book is a page-turner with substance, clear as a window-pane to make George Orwell proud, and should be read by anyone interested in working-class leftist culture. In the time-honoured tradition of all great Hollywood stories, the hero fails in his original quest, gains his soul and (almost) gets the girl. What could be better than that? Apart from world revolution, an end to war and a million quid in the bank? 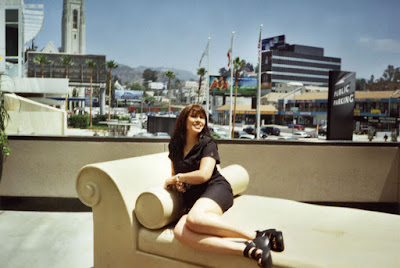