The left's invisibility bomb: how's that liberation thing working out for you? 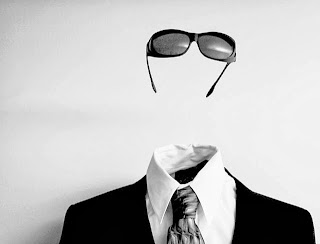 Perhaps it's unconscious and far from deliberate but there's a set of prejudices in the Left that they just won't confront. You can be a woman, non-white or working class but not all three at once or you get the INVISIBILITY BOMB exploded all over you.

Feminist Camilla Power wrote to me earlier this month asking me to link to her piece on the Socialist Workers Party crisis, Feminism is a Dirty Word, (which I did). However, in a letter to the CPGB Weekly Worker about the dreadful treatment of WOMEN, she then cites the experiences of MEN only. As the elephant in the room who's been writing about this for years as an insider with direct experience of the problem, I wrote to her:

"Imagine my surprise and disappointment to find your letter to the Weekly Worker citing several men but not my experience as the lone working-class non-white woman consistently whistle-blowing and challenging the sexism and abuse in the SWP and elsewhere in the left over several years — in a debate about WOMEN.

"I didn't find this further marginalisation a particularly sisterly act. I'm sure it was unconscious — it was certainly unthinking and insensitive but then what do my emotions count for?

"Please read your letter again and then marvel at the irony. I would hate to think you were part of the problem and not the solution — or all theory and no knickers, as us non-egghead non-people might say."

I got a polite email back — a sort of an acknowledgment — and I'm waiting with bated breath to see whether there's any serious attempt to redress this omission.

This situation has been going on for years. Once again I feel compelled to remind the "comrades" that it took a non-white working-class woman to propel your various campaigns into the media spotlight when the left was refusing to engage with the "bourgeois press" and wouldn't even put out a press release for fear it would sully their revolutionary purity: chiefly (but not solely) the Socialist Alliance and Stop the War Coalition. All full-time and for no pay leaving me in debt having paid to establish the anti-war press office while leaders such as John Rees and Lindsey German drew a wage.

Then there's Ian Sinclair's abysmally-researched book The March That Shook Blair, in which three people lay claim to being the STWC's press officers, but the one person who was at the coal-face actually battering down media resistance from Day 1 is left out. Shame that, because I have the day-to-day blow-by-blow accounts of what it took to get mainstream media to notice STWC when they tried to ignore the mounting anti-war anger.

[EDIT: This was written by Ian Sinclair only a few days ago specifically dealing with abuse in the STWC anti-Iraq war campaign, and I'm still not allowed to have a say. STWC is described as "... perhaps the most high profile campaign of the last decade...". How do you suppose it got to be "high profile"? Charles Shaar Murray writes: 'First time it's happenstance. Second time it's coincidence. Third time -- it's enemy action.' -- Ian Fleming, Goldfinger.]

According to Greg Palast, research shows that not just white people, but even black people, overlook black people when it comes to intellectual tasks. That's no different in the left where, with a few exceptions, everyone congratulates themselves for being "right-on" until something like the SWP sex-abuse accusations bites them on the bum and shines a spotlight on exactly how archaic their own assumptions and practice actually are.

Of course, I could always stay schtum and submit to my own obliteration as a human being. Standards of respect, comradeship, appreciation, decency, solidarity, inclusiveness, equality and other bourgeois individualistic fripperies evidently don't apply to uppity effnik coolie labour, only to the self-appointed chosen ones; but since this is how marginalisation and objectification work, I say screw that.

So backward is the left on this issue that they're behind even the comedians who've acknowledged the phenomenon in Paul Whitehouse's "The Fast Show" series. Arabella Weir's character regularly finds her bright ideas and solutions ignored by the boys in the room until, moments later, they regurgitate what she's said like it's their own. We are all Arabella Weir. Well, some of us are more Arabella than others.

It's a white boys club with a few women allowed to play. You have to be the "right" sort of non-white or woman to register in whatever passes for awareness. The left's current mindset has nothing to do with my liberation and EVERYTHING to do with continuing my oppression.

More background on what it took to establish SA and STWC press at More SWP rape accusations.

My time on the left has largely felt like this.

Public health warning about the People's Assembly as currently led.

A Bad Case of the Trots — an early public airing of the SWP/STWC problem in 2003.

Maybe less elephant in the room and more basketball gorilla. Does this mean I can rob banks?

This was written by Ian Sinclair only a few days ago.

The #solidarityisforwhitewomen Twitter hashtag and what happens on the British left.

Lefty dudes are some of the biggest woman-haters out there, I'm sad to say. I wish more women on the left would acknowledge this, but so many seem to turn a blind eye.