Question for the Act for Change Conference: are the political dangers in keeping East Asian British minority invisible fully understood? 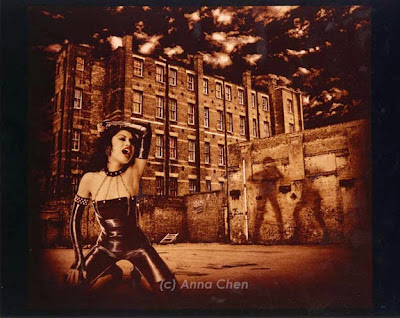 I would like to ask if the panel is aware of the dangerous political aspect of keeping East Asian Britons (BEA) invisible and excluded in the culture.

How being a blank canvas means that governments can divert social anger onto you.

There have been several occasions when there have been attempts to scapegoat British East Asians out of political expediency, such as the Foot and Mouth Disease (FMD) outbreak in 2000/2001. When the outbreak was clearly out of the government's control — with images of burning pyres of livestock, and farmers committing suicide — someone from the now defunct Ministry of Agriculture, Fisheries and Food (MAFF) briefed Valerie Elliott of The Times that the outbreak was started by Chinese restaurants in Northumberland.

This was an absurd accusation of a minority based on no evidence whatsoever: just pure prejudice. However, all the mainstream press ran with it except, notably and honourably, Yasmin Alibhai-Brown and Ian Burrell of The Independent. Broadsheets and tabloids alike carried lurid headlines such as, “Sheep and Sow Source”. Nationwide fury towards the government over their incompetence was diverted onto a small innocent group.

It was possible for the accusation to stick in an unquestioning media environment for several scary months, during which there was intimidation, ostracism, threats, spitting and a build-up to physical attacks on Chinese in places like Cumbria, precisely because we are dehumanised by our invisibility. The association of minorities with filth and pestilence has some dangerous precedents in world history, and it is shocking to see that it can be done so swiftly here.

We are a blank canvas upon which anyone can project their own inner demons.

Fortunately, our efforts to challenge the perverse narrative peddled by politicians and press were successful. A delegation of Chinese representatives from across the community had meetings with Nick Brown, the MAFF minister, pointing out the obvious: that there was no scientific basis for the slur. For the first time ever the Chinese went on strike and closed Chinatown. A thousand of us marched to the MAFF offices where Nick Brown vindicated us in front of the world's cameras.

By continuing to collude in this invisibility, the various cultural bodies help to create a climate where social unrest, fears and anger, can be directed onto us.

We are part of the fabric of British society, not an exotic add-on. We expect to be treated as such. Does the panel understand the importance of this?

On a personal level, I was born and raised in Hackney, east London. I was perhaps the first Chinese British punk, hanging out at Vivienne Westwood's shop with other bright disaffected kids in the 1970s. I am as British as they come but I am constantly made to feel like an outsider. I do not want East Asian invisibility and exclusion to continue to adversely affect further generations of British youth.

Read BEA FAQ for the BBC

Actress Lucy Sheen on "Why-am-i-not-feeling-the-liberte-egalite-fraternite-for-british-east-asians".
Posted by Madam Miaow at 6/22/2014 11:28:00 am