BEA FAQ for the BBC, casting directors and general media 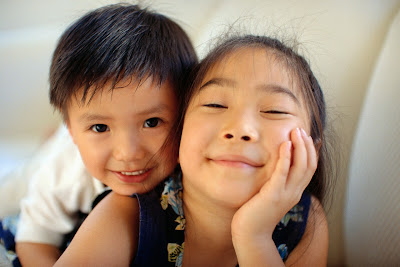 Originally posted along with the BBC robo-letter, British East Asian FAQ for the BBC, casting directors, the media and anyone working in areas where diversity is an issue gets its own page here.

FAQ about BEAs for the benefit of the BBC, casting directors and reviewers.

A: East Asian people are said to possess a wide range of human emotions. If you are nice to them, they are often nice back. If you are horrid, they may very well get cross. If, for example, you are in an accident, you may be lucky enough to find East Asians willing to call an ambulance, staunch the bleeding and tie a tourniquet, clear your airways, crack a joke to cheer you up and phone your mum to let her know you may be some time. In real life in the UK we find Chinese bus drivers, Korean traffic wardens, Thai teachers, plus scientists, lawyers and doctors from a whole slew of East Asian origins. Look out for them — we're sure you'll find them.

A: Yes, when white actors play East Asians — such as John Wayne as Genghis Khan, Mickey Rooney as Mr Yunioshi or Jonathan Pryce as the Eurasian pimp — it is called "yellowface". Like "blackface" before it, it is considered bad form by nice people who would not kick a puppy or drown a kitten or otherwise do anything horrid to another sentient being.

Q: Do East Asians have lives outside the takeaway, snakehead gangs and business?

A: Should the takeaway, the restaurant and the casino in your drama already have their full complement of ethnic characters, you may well find other areas where East Asians would fit right in. Having a complicated romance, for example. Discovering a cure for cancer. There's a Chinese doctor whose mitochondrial DNA research proves we all walked out of Africa 70-100 thousand years ago. Think of any human endeavour and we bet you could find an East Asian who has already done it or who is working on it.

Q: Is it true that some East Asians have regional British accents?

A: Human beings tend to absorb and reflect their environment. With over 500,000 Chinese and East Asians in Britain, we think it is likely that some of them will speak Cockney, Scouse, Brummie, Glasgie and so forth.

Q: Do all East Asians do kung fu?

A: Yes. This is something we try and deny to throw you off the scent that we are coming for you.

Q: Is it true that East Asians are all clever?

A: No. Emphatically, no. Did I mention no?

Q: Do East Asians have hobbies or do they unplug themselves when they aren't working in the takeaway or selling dodgy DVDs or hacking?

A: Pertaining to the answer above, you can find them writing poetry, painting and drawing, having tragic romances, raising children, keeping pets and fighting da man.

Q: Are there any East Asians training to be actors? We just don't have a wide enough pool of talent to draw from.

A: Ah, you must be a casting director. Contrary to the myth, there have been Chinese actors in Britain since Burt Kwouk was in short pants and Tsai Chin's dialogue was conducted mostly in short pants for the very varied roles afforded her as Suzy Wong and Juicy Lucy, neither of her characters rocket scientists, sadly. We are confident that a cursory investigation of our drama schools will appraise you as to the number of trained East Asian actors emerging to join those who have been here long time.

Q: European actors have so much character — how can East Asians possibly compete?

A: Acting is a very competitive business but East Asian actors are certainly able to “compete” with their Caucasian counterparts. They no longer have to do this by scrunching up their eyes and doing that buck-tooth smiley thing so beloved of Hollywood back when the world was black and white, and the BBC right up to Sherlock: the reboot. There are more roles in Heaven and Earth, Horatio, than the Spooks, Fu Manchu and China dolls dreamt of in your philosophy. A cunning ability to make bad Mandarin sound like good Mandarin to BBC ears will also ensure that one day the said East Asian actor will certainly be able to “compete” with the likes of Benny Cumberbatch and Olly Coleman for all those fantastic quality drama roles once you realise that China is a juicy ol' market, a piece of which you might just want one day.

Q: How come East Asians do submissive nookie so well?

A: We learned this at our grandmothers' tiny lotus feet, grasshopper, and imbibed it with our mothers' milk. Or our wet-nurses' milk if you happen to be a Chinese oligarch. Ha! Only choking. Some might say you were just too darn lazy or lacking in imagination to create, say, a working-class Chinese woman, bright, sparky and political with no business sense whatsoever, who dreams of a better world where we are all equal. Oh ... that would be me.

Q: Doesn't the actor have to reflect the character they portray and include things like ethnicity as well as wider considerations of age, gender, physical appearance and so on?

A: Sometimes we suspect you are just too stupid to do this job and perhaps you shouldn't be clogging up the works with your seething prejudice. At other times, we just think maybe you should get out more. To answer your question, yes, which is why Laurence Olivier made such a good Othello.

The Fairy Princess Diaries: When the BBC told the BEAs to take a Slow Boat to China….