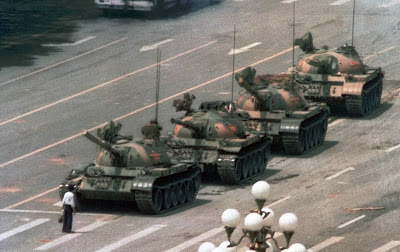 In the summer of 1989, protesters gathered in Beijing's Tiananmen Square for a range of reasons. Some might have yearned for an idealised Western capitalist system, but a whole lot more were there to defend rights won under the revolution and now being reversed by Deng Xiaoping.

What united the various strands was the expectation that you should be able to protest freely without the government setting the People's Liberation Army onto you. Hundreds of students and workers were killed in the square and in western Beijing. Casualties also included soldiers.

Within my own family, one of my half-sisters asked of my father, "I thought you said the PLA would never be turned against its own people".

My father, an old-timer who believed that the communists had offered the only way out from the madness and cruelty of a feudal China that had fallen out of the imperial wok and into the warlord (and imperialist) flames, was shaken. Footage of a burning army vehicle in which soldiers died provided a flimsy retrospective excuse for the brutal crackdown, but this editing of events left out enormous slices of the chronology of events and was less than entirely convincing.

Perhaps the protesters' biggest crime was the loss of face delivered by the occupation of the square during a visit by Mikhail Gorbachev, president of China's arch-rival, the USSR.

Some heartening examples of the humane impulse emerged. One story had the general at the head of the first military force which rolled towards the square, on being told that his daughter and her fellow students at Beijing University were present, refusing to carry out his orders. He is said to have spent years under arrest. As we untangle events, this may be an embellishment of Major General Xu Qinxian of the 38th Group Army who said, “I’d rather be beheaded than be a criminal in the eyes of history”.

Then there's the famous image of the office worker with his shopping bags who stood in the path of a line of tanks, risking his life. It should also be noted that the tank driver did not squish him like a bug, indicating confusion and conflicting imperatives even within the PLA.

Conflict existed inside the CCP, too. On 19th May, the sixth day of the students' hunger strike, Communist Party General Secretary Zhao Ziyang entered the square and said ominously that he was sorry but he was too late. Martial law was then declared across the city.

Outside the square, the residents of Beijing rescued as many injured demonstrators as they could sweep off the streets and out of range of the authorities, sometimes sheltering them in their own homes.

Much of the Western reporting at the time, based on a Cold War reading that this was solely about student demands for a change to a Western style bourgeois consumer-capitalist democracy, just muddied the issue. I never saw one worker being interviewed, or their actual demands aired.

Andy Newman wrote: "... the dominant strand of these pro-democracy protesters was actually demanding not free multi-party elections, but an acceleration of privatisation and deregulation; for which Western democracy had become identified among the intellectual class. … the vast majority of China’s population, the rural peasantry, were at this time benefitting from the economic reforms, following the decollectivisation of agriculture from 1979 to 1981, that saw sharply rising living standards … At the time of the protests in 1989, the CCP were already introducing economic reforms to the manufacturing and urban economy. Zhao Ziyang was for the second time bringing in adventurist price reforms that deregulated the cost of basic necessities, at the same time as getting workers to sign agreements that cut their wages, and factories were laying off workers. So the economic reforms were experienced as a direct attack on the working class."

Mao Zedong said that in four generations the communist cadre would all be bourgeois. That fourth generation has now arrived.

There are two competing classes in contention for ownership of the narrative: the princes and princesses of the old order versus the little emperors of the new one. The children of the intellectuals lost their privilege and wealth and suffered horribly, but few writing today express concern about the workers and peasants who suffered under the old system. Someone had to muck out the pigs and work in the fields — was it so wrong for the intellectuals to have been expected to take a turn? They call it torture, peasants call it the day job.

This sidelined group is now watching the children of the Communist cadre (who were supposed to administer national assets for the Chinese masses) become billionaires off appropriated wealth. Some see it as their wealth that's been thieved, and they may well have a point.

There's a third class — the peasants and the workers who make our stuff — which is rarely heard. Ultimately, it was their collective wealth that's been purloined, and it's this group that I hope is finding their muscle and their voice in the new China. 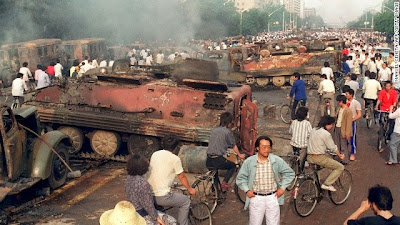