The RSC Orphan of Zhao: one year on, East Asian British in the arts


February 11th marks the first anniversary of the groundbreaking Opening the Door event at the Young Vic. This was the first positive concrete step offered by a slice of the UK theatre establishment following the international protest led by East Asian British artists in response to the Royal Shakespeare Company's shocking yellowface casting for their first Chinese play, The Orphan of Zhao.

Despite the play being sold as the RSC's "Chinese Hamlet", and their marketing being directed at the Chinese — with promotion in Chinese and featuring an East Asian poster boy — the RSC cast only three minor parts out of 17 with east Asians even though this country has a fine pool of East Asian British (BEA) acting talent such as Benedict Wong, Gemma Chan, Lucy Sheen and Daniel York, among others.
You can also watch the British East Asian Artists (BEAA)— who came together at the outbreak of Zhaogate hostilities to fight this significant battle — discussing the state of play with the Asian Performing Arts Forum in these videos: Part 1 and Part 2. 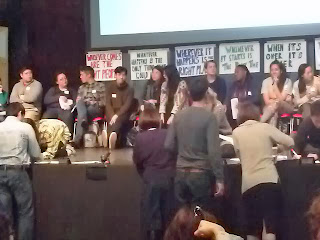 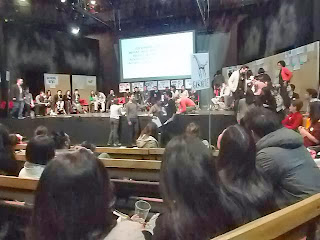 For background information, read the chronology of The Orphan of Zhao controversy.

Lucy Sheen on the RSC Orphan of Zhao campaign one year on.

Press pick up on the BEAA letter to Ed Vaizey.