A few facts and figures challenging the Tory economic narrative 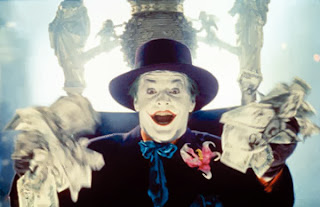 A few facts and figures to slash a path through the thicket of misinformation perpetrated by greedy swine who'd make the poor pay for their tax cuts.

Gleaned from The Sunday Times Rich List figures, the collective wealth of the UK's 1,000 richest rose 30 per cent in 2009 in wake of economic crisis. The combined wealth of the top 1000 rose by over £77bn to £333.5bn, the biggest annual increase in the 22-year history of The Sunday Times rich list. The cost of benefit fraud is £1bn. Unclaimed benefits amount to £16.5bn. Estimated tax owed to us: £70bn. Sunday Times Rich List published 2010. The Daily Telegraph reports Britain's richest sees wealth rise by one third.

Another nugget I stored away ...

The increase in the tax contribution by the top 1 per cent, from 21 per cent in 1997 to 26 per cent now, means that their contribution is around 23 per cent higher (or 28.5 per cent if you go with the 27 per cent current figure), relative to what they were paying in 1997.

Either figure is far less than the increase of at least 60 per cent (and probably considerably more) in their incomes. The wealthiest are now paying substantially less toward our national upkeep than they were 15 years ago, relative to their wealth.

When is the penny going to drop that the bedroom tax is actually draining the public purse?

For the sake of argument, tax expert Richard Murphy takes the Tories' claim that the punitive bedroom tax saves £500mn and points out that this is less than the cost of shoving £200 per year at married couples via the new marriage allowance, estimated at some £600mn.

However, we all know — especially now that SPeye's on the case — that the bedroom tax is an expensive indulgence of Tory sadism and yields no saving. It would be cheaper if we bought them their very own Miss Whiplash sessions.
Posted by Madam Miaow at 10/07/2013 06:40:00 pm